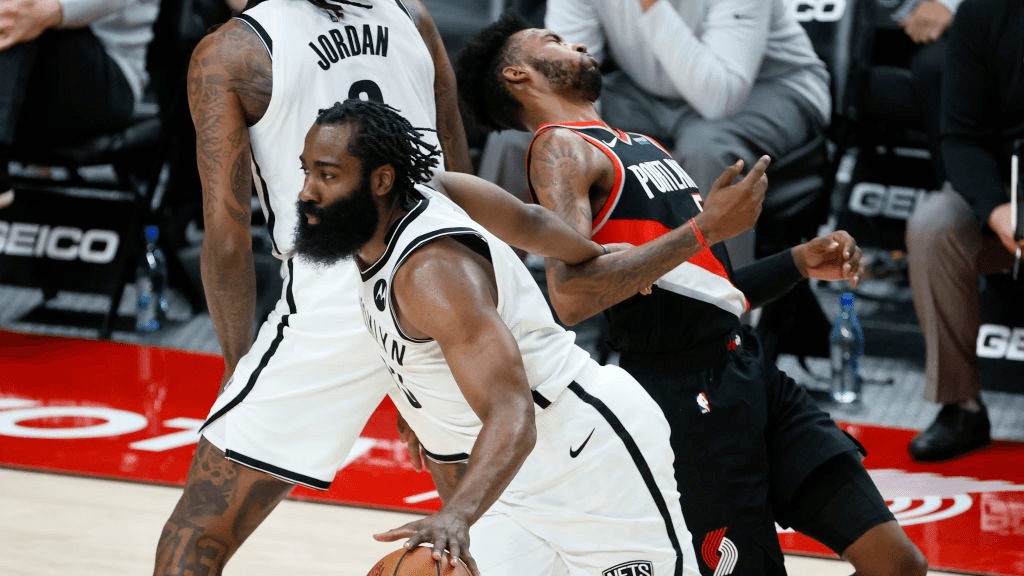 There is a potential NBA Finals preview in tonight’s Brooklyn Nets vs Utah Jazz matchup, where the team with the NBA’s best record hosts the team currently favored to win the NBA title.

With the Nets coming off of a tough win last night in Portland and still shorthanded, NBA odds have set the Jazz as a double-digit favorite for tonight’s clash. After putting the team on his back to lead his team to a win last night, can Harden do the same tonight?

Without Kyrie Irving for their current road trip, it was on James Harden to carry the load against the Trail Blazers last night, and carry he did. His shot was not falling, as he was only 7 of 24 from the field and missed all seven of his three-point attempts. But he made 11 of 13 free throws, totaled 25 points, and more importantly, he dished out 17 assists as the Nets bested the Blazers 116-112. With Harden misfiring but unselfishly turning provider for others to have opportunities, Jeff Green (20 points), Joe Harris (17), and Nic Claxton (16) all came up huge offensively.

More of the same will be needed tonight, along with a better shooting night for Harden. Harden has not had consecutive games under 40 percent shooting since joining the Nets in January, so expect the iron to be much kinder to him tonight.

The Nets successfully navigating a tough road game against one of the league’s better teams without two of their stars is very encouraging for their prospects. But can they do it two nights in a row? They are 13-8 SU and 12-9 ATS on the road this season, and they are also 3-0 on the back end of back-to-backs since Harden joined the team.

The Jazz have come back down to earth after their blistering run in January and February. But they still sit atop the Western Conference standings, thanks in part to their own continued success and the contenders behind them being tripped or tripping themselves.

The Jazz are back home for a four-game homestand after a 3-2 road trip. On their travels, they picked up wins over the Celtics, Raptors, and Bulls, and they lost to the Warriors and Wizards. They are a far better team at home, sitting at 16-2 SU and 14-4 ATS and with 16 straight SU wins at home. The last 15 of those consecutive have been by double digits, so the Jazz do not do close games at home.

With how good the Jazz are at home, tonight would be a serious challenge for the Nets even with Kevin Durant and Kyrie Irving on the court. Without those two, it is no surprise that the Jazz are so heavily favored. That said, the Nets will not be overawed by the occasion and can cover. In fact, our consensus NBA picks are unanimously behind the Nets to cover tonight.

However, there is a chance that the Nets could be without all of their Big Three tonight, as Harden is listed as questionable. Harden has been putting in a lot of minutes and may need a rest with the big picture in mind. If he does rest, it is difficult seeing anything other than a runaway win for the Jazz.