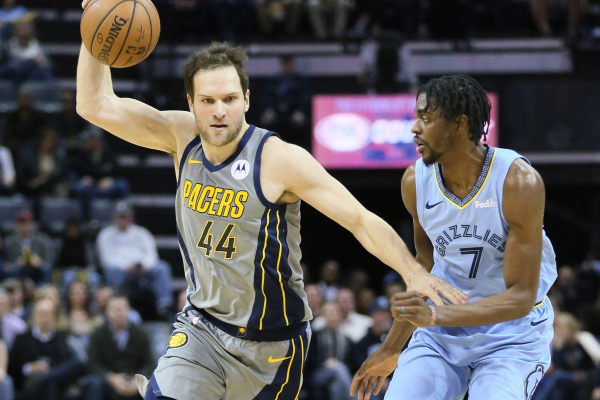 The Indiana Pacers have lost two straight games since losing Victor Oladipo to a season-ending knee injury. The Pacers are still one of the top teams in the Eastern Conference, but they have plenty of work to do without their superstar. Indiana will try to turn things around when they travel to Washington D.C. to take on a struggling Wizards team. The Pacers have won the first two meetings against the Wizards this season.

Indiana comes into this game holding on to the third spot in the Eastern Conference, but they are fading fast. The Pacers are 32-17 so far this season and trail the Bucks by just four games in the Central Division. Not much has gone right for the Wizards this season. They enter this contest with a 21-29 record and are well out of the playoff race in the Eastern Conference. Washington is -1.0 over the Pacers on Wednesday night.

Losing Oladipo is a huge blow to a struggling offense, but the Pacers can still win games with their defense. The Pacers are allowing just 103.8 points per game this season, which is the best scoring defense in the NBA. Center Myles Turner is an elite rim protector and is blocking 2.8 shots per game. Indiana gave up 132 points to the Golden State Warriors in their last game, but not many teams in the league are stopping the defending champs at this point. Expect a great defensive effort from the Pacers in this game.

With Oladipo out, look for the Pacers to use their depth to try to fill the scoring void. The Pacers are averaging just 108.7 points per game on the season, but that number will likely drop without their leader. Bojan Bogdanovic is now the team leader with 16.0 points per game, and he is one of the best shooters in the league. Domantas Sabonis and Turner can provide some inside scoring and have combined for more than 27 points and 16 rebounds per game this season. The Pacers will have to make some adjustments, but they still have some scoring options.

The Wizards had a dynamic duo in the backcourt with John Wall and Bradley Beal, but it’s now just a one-man show. Wall is out after having surgery on his heel, making Beal the clear leader of the team. Beal is averaging 24.7 points per game this season and is shooting close to 36 percent from the three-point line. You can bet that the Pacers will have a game plan in place to slow down the sharpshooter, but he isn’t always easy to defend. The Wizards are usually able to score plenty of points, averaging 112.8 points per game this season.

Defense and rebounding are the biggest areas of weakness for the struggling Wizards squad. Washington is giving up 115.9 points per game, which is the second-worst scoring average in the NBA. The Wizards have also been dominated on the glass in most of their games played, and are one of the worst rebounding teams in the league with just 40.7 boards per night. Center Dwight Howard was brought in to fix these issues, but has played in just nine games so far this season, and won’t suit up for this game.

Both the Wizards and Pacers are missing All-Star players at this point of the season, but Indiana still has a much better roster. The Pacers have proven that they can play defense at a high level, while the Wizards can’t stop anyone. Winning on the road in the NBA is never an easy task, but the Pacers get it done on Wednesday. Bet the Indiana Pacers +1.0 over the Washington Wizards.