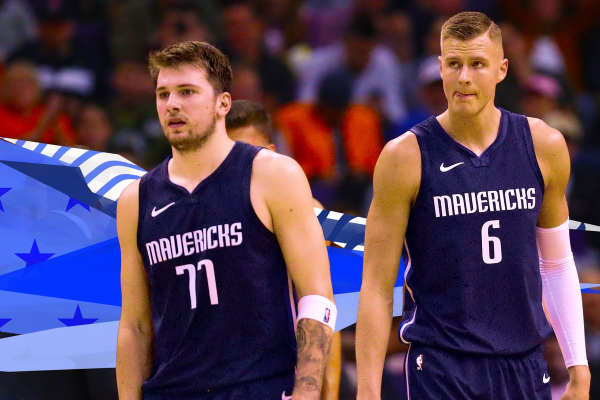 The NBA finishes its first successful restart weekend and aims to keep it going strong during the seeding portion of the regular season “playoffs”. While MLB struggles to keep going amidst teams and players testing positive for COVID, the NBA is hoping that their “bubble” will allow them to finish the season.

On Sunday night, the Dallas Mavericks (40-28) will be taking on the Phoenix Suns (27-39) at the Visa Athletic Center. This showdown of Western Conference foes is scheduled to tipoff at 9:00 pm ET.

The Mavericks come into Sunday’s tilt in seventh place in the Western Conference but hold a comfortable seven-game lead over the 8-seed Grizzlies. Looking upwards in the standings, Dallas trails the Houston Rockets by 2.5 games for the sixth spot.

For the Suns, they are currently way on the outside looking in for the postseason. At 27-39, Phoenix is five games behind the Grizzlies for the 8 seed. The Suns also have four teams to jump to catch up with Memphis. Phoenix has written off any chance at the bubble postseason, but are more dangerous than ever now that they are relaxed.

According to FanDuel, the Dallas Mavericks come into this one as 5.5-point favorites over the Suns. The over/under on points scored sits at 237.5.

On the offensive side, it is Dallas that holds the scoring advantage in this one. The Mavericks currently rank third in the league in scoring averaging 116.8 points per game (trailing only the Rockets and the Bucks). For the Suns, they come in fourteenth overall averaging 112.7 points per game.

Mavericks Look To Bounce Back After Tough Loss

On Friday, the Mavericks resumed their season with a wild loss to the Houston Rockets. In that matchup, the defense seemed somewhat optional as the total points scored eclipsed 300 as the Rockets beat the Mavericks 153-149.

Despite the loss, the Mavericks got a considerable output from center Kristaps Porzingis. He went 13 for 26 from the field and finished with 39 points, 16 rebounds, 2 assists, and 2 steals. During the regular season, Porzingis averaged 19.2 points, 9.5 rebounds, and 1.7 assists.

The best player on the Mavericks, though, continues to be Luke Doncic. Through the first 54 games of the season, he averaged 28.7 points, 9.3 rebounds, and 8.7 assists. In his first game back, he had a triple-double with 28 points, 13 rebounds, and 10 assists.

Suns Hoping To Make A Run At A Playoff Spot

If the Suns have any hope of making the playoffs, every game and every win are crucial. For that reason, the Suns were happy to get their return to action off on the right foot when they beat the Washington Wizards 125 to 112 on Friday.

In that victory, Devin Booker led the way with 27 points, 5 rebounds, and 4 assists. That falls mostly in line with his season averages as, in 63 games, Booker has averaged 26.1 points, 4.2 rebounds, and 6.5 assists per game.

Another player Phoenix got a significant output from was center Deandre Ayton. He was 11 for 14 from the field and had 24 points, 12 rebounds, and 3 assists in the game Friday. On the season, Ayton has averaged 19.2 points on 55.5% shooting, to go with 12 rebounds, and 1.9 assists per game.

Taking The Mavericks Despite Laying 5.5

I am just not sure there is an avenue where I like the Suns in this one. The Mavericks statistically have a better offense, higher quality defense, and the best player on the floor in Luka Doncic. At 5.5 points, I feel like that is a spread that the Mavericks can easily cover, and I expect they will. For my money, I am taking Dallas -5.5.