Does the Wizards’ Back-to-Back Record Make Them a Play Against the Jazz? 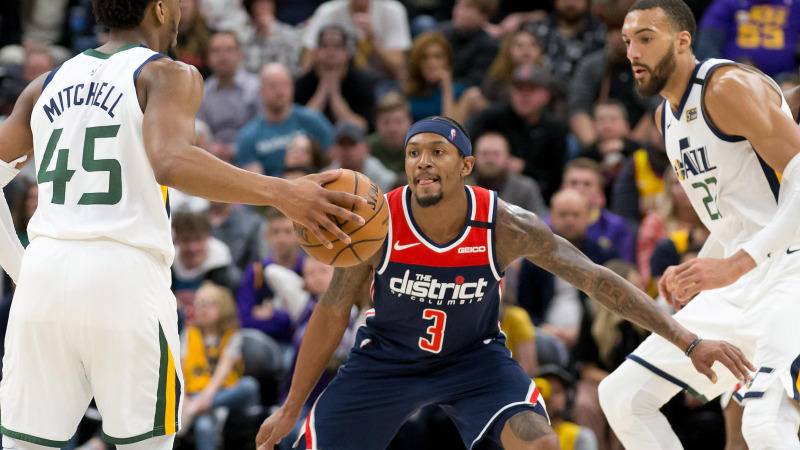 One of the most lopsided results on tonight’s NBA schedule could be in the Utah Jazz vs Washington Wizards matchup. While the Jazz are the best team in the NBA, the Wizards just lost at home to lowly Sacramento last night. That is not setting up well for an upset this evening.

Utah ended a four-game ATS losing streak at Boston the other night. They were not looking great early but scored 40 points in the final quarter to pull away.

The Jazz have the best record in the NBA and can beat you in so many ways. There are games where top scorer Donovan Mitchell channels his inner Dominique Wilkins, and then there are games where their depth pushes them over the top. Jordan Clarkson scored 20 points against Boston and Joe Ingles 13, both off the bench. Either would be a great candidate for Sixth Man of the Year.

Utah is 3rd in scoring offense and 5th in scoring defense. They are the most balanced team in the league and one of the best shooting teams in the league. This is a total mismatch for the Wizards.

Beal + Westbrook Not a Winning Formula

It was a familiar script for the Wizards yesterday, losing to the Kings even though the combination of Bradley Beal and Russell Westbrook scored 55 points. Westbrook even had another one of his triple-doubles with 26/14/10. It was to no avail, however.

Had Washington been able to make more shots from outside, they would have been able to win. The Wizards were 4 for 28 from behind the arc. One of those was a fluke too with Robin Lopez connecting for one, while Beal was 0 for 5.

Forward Davis Bertans has taken a big step back. In his first four seasons in the NBA he was making more than 40 percent of his threes, but this season he is at just 38 percent. That is not terrible, but his defense is, so he is unplayable when his shot isn’t falling. He is not shy as a shooter either, as he was 2 of 8 against the Kings.

As bad as they have been this season, somehow the Wizards have been profitable with no rest, posting a 7-3 ATS record. And in those contests, they are averaging 115 points per game. It is doubtful that they get close to that in this game, with consensus NBA picks for this matchup favoring the under. And while the Jazz have been vulnerable on the road lately, it would be a surprise if I would be surprise if the Wizards improve the aforementioned record in these situations.