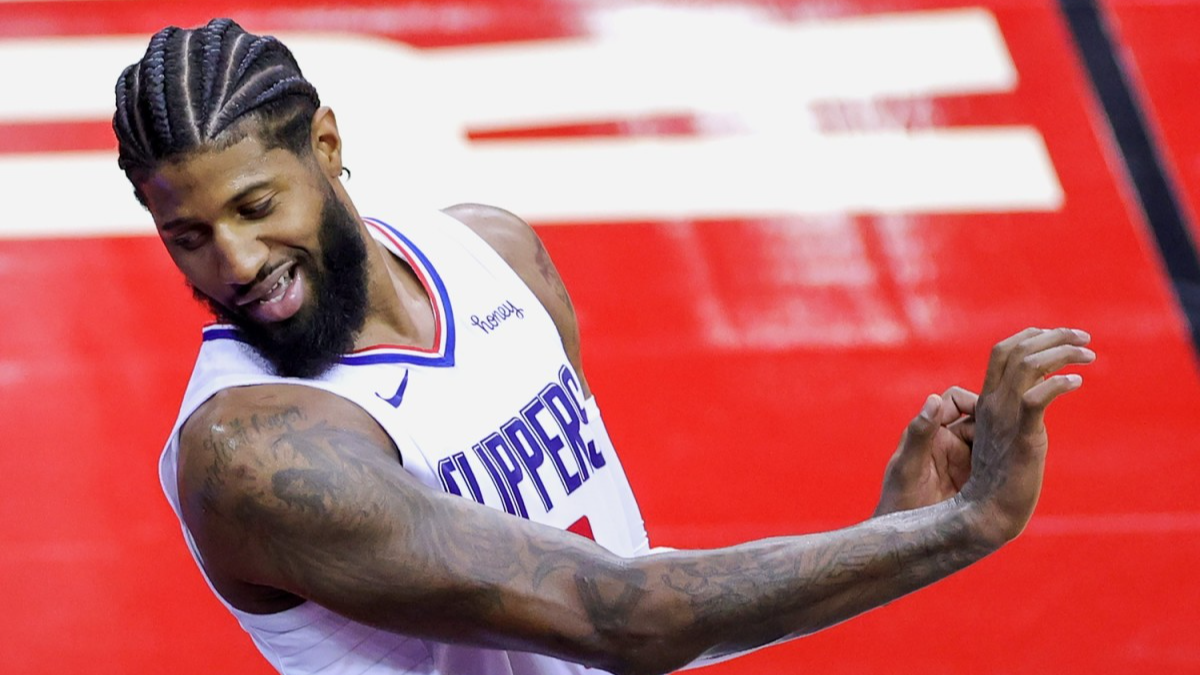 The dominant storyline heading into Game 5 of the Jazz vs Clippers series was about Kawhi Leonard’s knee injury. Leonard is a playoff stud, and most had written off the Clippers without their best player. Instead they got the road win and now look to be in a great spot to win the series at home on Friday night.

Utah has its own injury concerns as point guard Mike Conley Jr. still hasn’t played a minute in this series. However, he wasn’t the one missing the shots for the Jazz as they went ice cold in the second half.

Jazz vs Clippers odds are via FanDuel Sportsbook as of Friday, June 18 at 10:40 am ET.

The Jazz Have Much to Figure Out

The Jazz looked good in the first half of Game 5. They were making their shots from distance and had a lead at halftime. Then in the third quarter they fell apart, getting outscored by 14 points. After that the game was essentially over.

A bad sign for the Jazz is that top scorer Donovan Mitchell had his worst game of the playoffs. With Leonard out, it should have made things a little easier but he shot just 6 for 19 and looked gassed. He took 14 threes but made only 4. He appeared to be settling too much out there.

With this being an elimination game, the Jazz need someone to step up. Forward Bojan Bogdanovic led Utah with 32 points, but he is more of a complimentary threat. Maybe guard Jordan Clarkson can go nuclear on the big stage and force a Game 7 at home.

Despite everything the Jazz are still small favorites for Game 6. I wonder how many times that has been the case for a team that has lost three games in row.

The loss of Kawhi Leonard is huge, but L.A. still has lots of talent on its roster. Now forward Paul George has no alternative other than to step up, and he did big time in the Game 5 win.

George led the Clippers with 37 points and 16 rebounds in the win. Those numbers are the ones that stand out, but he also led them with 5 assists and even chipped in a couple of blocks. Now is his time.

The Clippers elected to go with wing Terance Mann in the starting lineup to replace Leonard. That is obviously a tough ask but the young player scored 13 points in the win. He was just 1 for 5 from deep, but he made all of his 2 point shots and his +15 was second on the team. I like the bounce to his game.

Even though the Jazz have big center Rudy Gobert, the Clippers are choosing not to match that size. The plan has worked too with Marcus Morris and Nic Batum able to be very effective. Gobert has no real offensive game, so even though they give up something on the board they are able to run the offense they want against Utah.

Guard Reggie Jackson has been an unsung hero in these playoffs. His role was supposed to be compromised with the addition of Rajon Rondo, but he has been able to find a way to get his game to work with Leonard and George and made some big shots.

The Clippers have won and covered in three straight. They are not totally new to playing without Kawhi either. They had practice during the regular season.