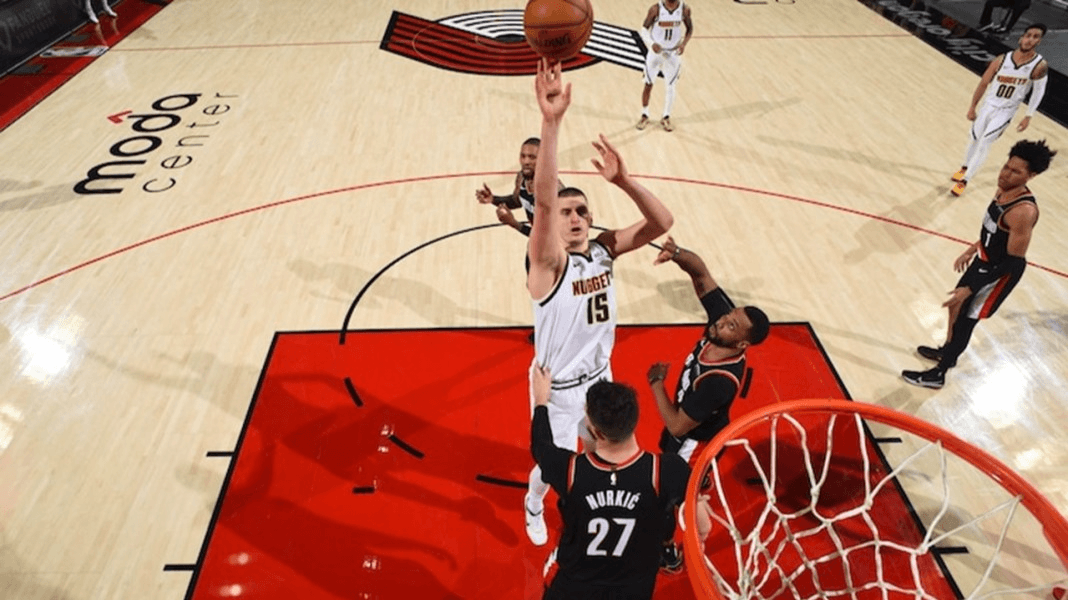 Following Portland’s dominant home win in Game 4, the Trail Blazers vs Nuggets series is level at 2-2 as the series returns to Denver tonight. But despite the home advantage, superior seeding, and status as the favored team for tonight’s game, the latest NBA betting odds view the Blazers, not the Nuggets, as slight favorites for the series at this stage.

Will Nikola Jokic and the Nuggets prove those odds wrong and position themselves to close out the series in Portland? Or will it be Damian Lillard and the Trail Blazers who clear a path to clinch at home?

Trail Blazers vs Nuggets odds are via FanDuel Sportsbook as of Tuesday, June 1 at 2:40 pm ET. For more NBA betting odds, check out our NBA odds page. It features updated odds from FanDuel and other top online sportsbooks.

Is Too Much Stock Being Put Into the Blazers’ Game 4 Blowout?

Make no mistake about it, the Blazers were excellent in their Game 4 win. The third quarter was where they put the game beyond Denver’s reach, as they outscored the Nuggets 36-19. But they were in control of the game from the outset. There are some games where one team doesn’t look like losing, and this was the case for the Blazers on Saturday.

The Nuggets never led, and the game was tied only twice, for a grand total of 40 seconds. The Blazers scored the first basket of the game on their first possession, then a 36-all tie in the second quarter was immediately broken on the following possession.

But are the Blazers getting too much love by now being positioned as series favorites now?

A bad Game 4 does not diminish what the Nuggets did in Games 2 and 3. In those games, they hit the 120-point mark in back-to-back games to take a 2-1 series lead. Nor does it diminish the fact that, including the postseason, the Nuggets are 17-4 SU in their last 21 home games. If the series goes to seven games, which looks rather probable at this juncture, that means the Nuggets have two games at Ball Arena. Is Portland winning both of those games? Fair play if they do, but it is not likely based on Denver’s home success over the last few months.

Yes, the Nuggets are a different team without Jamal Murray. But they still have the presumptive NBA MVP in their squad, and an 18-10 mark without Murray this season–15-7 since he tore his ACL in April–is a sign that preemptively abandoning ship on the Nuggets’ chances in this series based on a (very ugly) loss is a bit hasty.

Not only did the Blazers down the Nuggets by 20, they did so with Lillard having the worst postseason shooting and scoring performance of his career. Lillard was only 1 of 10 from the field, including 1 of 6 from outside. He only avoided a single-digit day by making seven of seven from the charity stripe to give him 10 points in his 31 minutes. But while his shots were not falling, he made major contributions elsewhere. He dished out double-digit assists for the third time in the series and snagging eight rebounds after having only eight total boards in the first three games of the series.

With Lillard misfiring, Norman Powell was the scoring star in Saturday’s win. He had his best game of the series, scoring 29 points on 11 of 15 shooting. The Blazers are 3-0 when Lillard, Powell, and CJ McCollum each hit the 20-point mark in the same game, which has yet to happen in this series. That could be a key to success in this series and beyond.

Nuggets Primed to Pass Latest Test in Season of Challenges

While the momentum and series may lie favorably with Portland after Game 4, tonight’s Trail Blazers vs Nuggets picks heavily favor the home team to take the win.

That may not be overly reassuring for Nuggets backers, given the state of things in the Western Conference. Following Utah’s Game 4 win in Memphis last night, road teams are 11-5 SU in the four Western Conference series. And the Nuggets are going up against a team with a 22-14 SU road record in the regular season. That record ranks tied for second in the NBA, with the Nuggets (also 22-14) and Suns (24-12) comparable or better.

True enough, that is a lot to contend with. And true enough, Game 4 was a real dud. But so was Game 1, and they turned around and took the next two games. Denver has faced many challenging moments throughout the season, and they earned the #3 seed in the Western Conference by rising to and above all of those challenges. From a mediocre first half of the season, subpar home form, Murray’s injury, and mettle-testing defeats, the Nuggets have dealt with it all. And they get to tackle another challenge at home, where they are at their best. In the regular season, the Nuggets averaged 4.1 more points per game at home (117.1) than on the road (113.0). Their point differential was also far superior at home, coming in at +6.5 at home and +3.4 on the road.

So even though series odds may favor the Blazers at this point, Nuggets backers should still confidently approach tonight’s matchup and the rest of the series.