Bucks vs Nets Game 5 Betting Preview: Milwaukee has all of the momentum as the series returns to Brooklyn 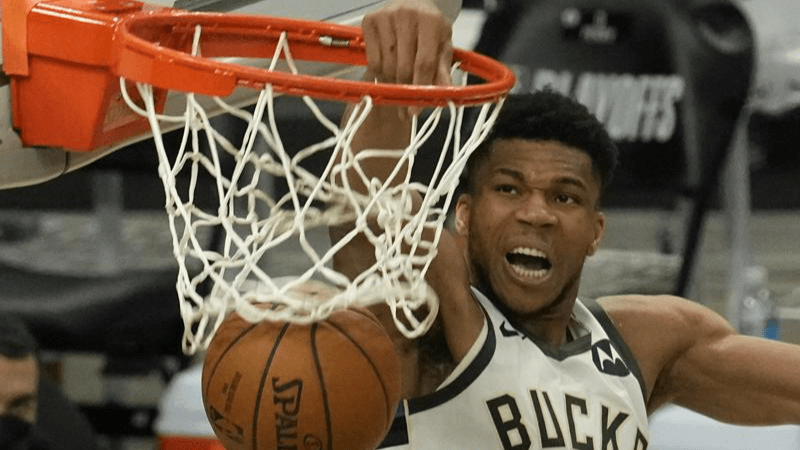 Desperation has always been a good motivator in sports, and that appears to have been the case in the Bucks vs Nets series.

Down 2-0 and heading home, the Bucks won two games and are now on even footing in the series. They did not play great in Brooklyn, so it will be interesting to see how they try and carry over what they did in Milwaukee where, playing against their nature, they played a slower, grittier style. Obviously, it worked, but it is much harder to set the tone as the road team.

After seeing the Suns rip through the Nuggets and send them to 1, 2, 3 Cancun, I am just happy we are getting a competitive series. However, injuries have definitely been a significant factor.

Bucks Putting Pressure Back on the Nets

Khris Middleton could not match his scoring from Game 3 but at the same time, he wasn’t forcing it either. 19 points on 7 for 15 is a little light but acceptable. He also chipped in eight assists and even blocked a couple of shots.

The bench was pretty quiet with only guards Pat Connaughton and Bryn Forbes making any real contributions ahead of garbage time. They made some shots, and in the case of Connaughton played some defense to the point that he was +23 in just 21 minutes.

With the injuries the Nets are facing, the Bucks are favored on the road in Game 5. This is an important shift as they had not won as a road underdog this season.

Brooklyn Has To Increase Their Intensity and Get Healthy

While Giannis was great, Kevin Durant was not. He scored 28 points but shot just 9 for 25 from the floor and was a terrible -28 in what was only an 11-point loss.

It is no coincidence that KD struggled as the last man standing of their three-headed monster. Guard James Harden was already on the sidelines and Kyrie Irving left the game with an ankle injury. Both players are unlikely to play in Game 5, as Irving has been listed as out and Harden is listed as doubtful. It creates an uncomfortable situation for management on how much to push those guys. Neither is known for playing well when the conditions are less than optimal.

Brooklyn finished the season as one of the highest-scoring teams in the league. Milwaukee has held them under 100 points in consecutive games, something that actually never happened during the regular season. If the offense is just Durant are they going to be able to score enough to win? Are they going to need Mike James to come to the rescue?

This definitely feels like a spot where a rookie head coach might have some difficulties. Playoff defenses are great at taking away a team’s first option, and you have to be able to counter. How do the Nets get more from Joe Harris? Is coach Steve Nash available to suit up?

Playing with injuries to key players is tough, and it does not get much more key than your starting backcourt, especially when we are talking about Hall of Fame level talent. On the positive side, the Nets are 7-3 SU and ATS as a home underdog this season.