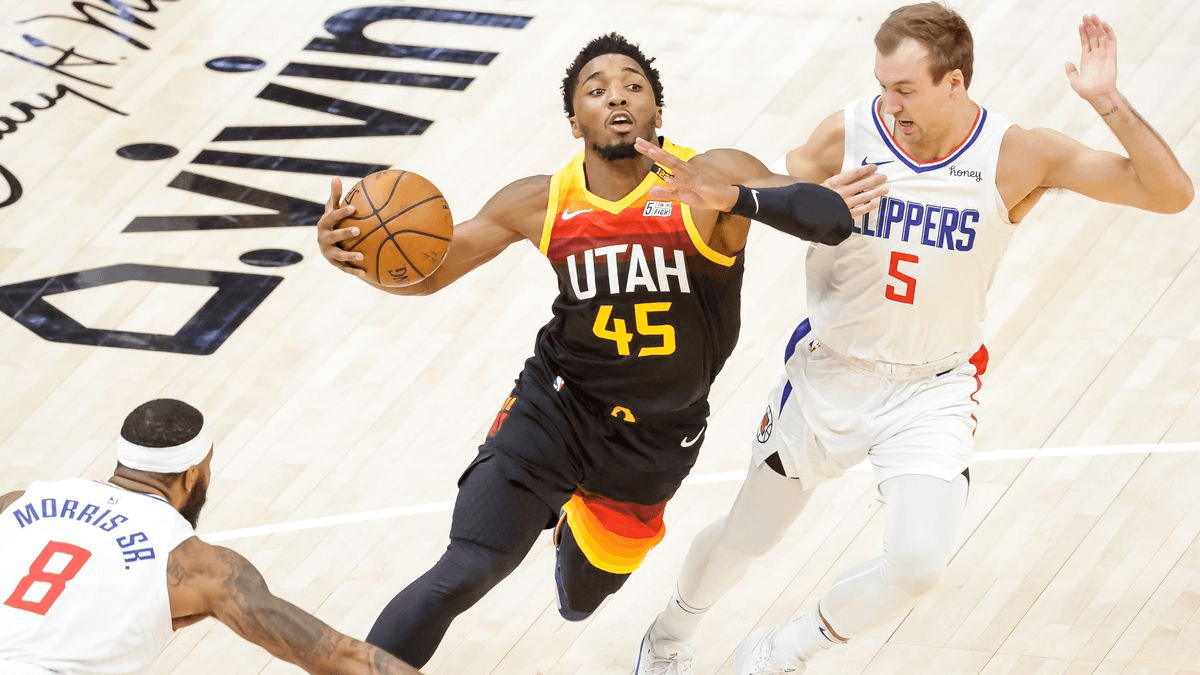 One series in the Western Conference is complete with the Phoenix Suns cooled out and waiting on the outcome of the Clippers vs Jazz series to see their next opponent will be.

In that series, we have a pair of teams tied at two with three games to play. One has high-end talent and the pressure that comes with it. Meanwhile, the other was the best team during the regular season and is trying to avoid being a casualty of peaking too soon. That is the context for tonight’s Game 5 in Salt Lake City.

Now the Clippers Must Prove They Can Win in Utah

The Clippers have tied the series thanks to commanding wins at the Staples Center. For the second game in a row, Kawhi Leonard and Paul George both scored 30+ points to lead the team to victory.

Now it is certainly no secret that those are the guys the Clippers want to lean on, and both had efficient scoring nights, scoring every way they could. I am not sure I want George taking 10 threes a night but he made four, so it wasn’t a detriment.

Not to be overlooked are the 24 points from forward Marcus Morris. Morris was 5 for 6 from deep, punishing the Jazz when they focused too much attention on the Clippers’ star duo. Now he, Leonard and George have to prove that level of success can travel.

Winning on the road as an underdog has been tough for this group this season. They have only done so twice all season.

Can the Jazz Get Back on Track?

The Jazz won both games in Utah without point guard Mike Conley Jr. Now that the series is back in Salt Lake City, it looks like they are going to have to do so again. Conley is once again questionable, as he has been all series.

Getting back Conley would help, but I think the Jazz need more of a total team effort as they look for scoring beyond Donovan Mitchell. Mitchell is getting his points, but with guys like Kawhi Leonard guarding him closely his efficiency has not been there.

Jordan Clarkson was off in Game 4 and he is the guy most likely to ease some of that scoring burden. Clarkson has been pretty consistent this season, hence winning the 6th Man of the Year Award, but he scored just 8 points in the loss. He had not been held below double-digits in a game since March 29th.

With Conley out, the Jazz are basically using a six-man rotation. All series long, I have been noting his absence is affecting their depth. Even though they are of similar vintage, he is not going to get back into the lineup and give Utah what Phoenix has been getting from Chris Paul. He could give them a boost though.

The Jazz need a win to stop the Clippers’ momentum. They have been very difficult to beat at home this season, which is a big boost for their hopes. For the season, they are 35-6 SU at Vivint Smart Home Arena.