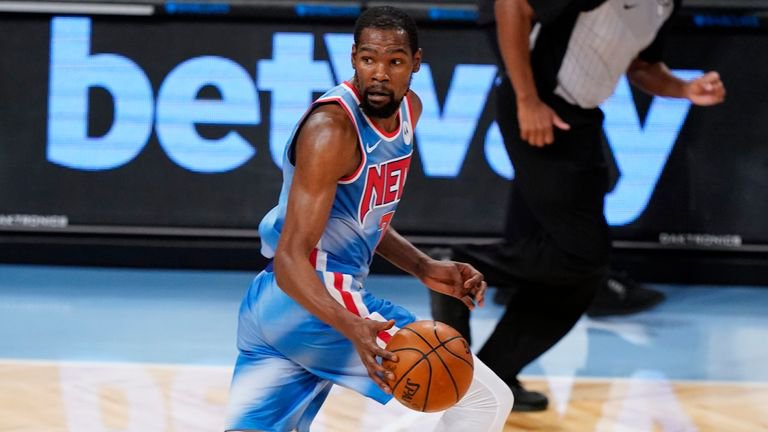 A Milwaukee Bucks vs Brooklyn Nets NBA showdown could loom in the Eastern Conference finals, with the chances of that outcome increasing significantly with the Nets’ trade for James Harden last week. A possible preview takes place tonight as Brooklyn hosts Milwaukee in prime time on TNT.

Harden’s debut with the Nets could not have gone any better, as he recorded a triple-double vs. Orlando on Saturday. Even with the long-awaited trade and Kyrie Irving potentially coming back into the fold, NBA betting odds slightly favor the Bucks tonight.

Will the Nets win again with their shiny new Harden, or will the Bucks deliver a statement that it’s too soon for the Nets to surpass them in NBA futures odds?

The Bucks have found their groove after a so-so start. Milwaukee enters with a four-game win streak and a 7-1 SU mark in their last eight. Last time out, they sawed off Dallas 112-109 on Friday despite shooting 12 of 25 from the free throw line.

Giannis Antetokounmpo was the biggest culprit, going an unsightly 1 of 10. Giannis is shooting only 57.5 percent from the line this season, but he has been himself otherwise. The two-time defending MVP is averaging 29.6 points and is shooting 57 percent from the field in seven January games. He scored 31 on 14 of 21 shooting against the Mavs.

It’s not a one-man show, either. Khris Middleton (21.8 points per game, 6.5 rebounds per game, 5.7 assists per game) is shooting a blistering 46.8 percent from three, and if his current pace holds up, he will surpass his previous career-high averages in points, rebounds, and assists. Jrue Holiday (15.2 PPG, 4.2 RPG, 5.0 APG) has a lighter load than he did in New Orleans, but he has started well in Milwaukee.

Many NBA season previews placed lofty expectations on the Nets partly because of a possible Harden trade, and Saturday’s 122-115 win over the Magic gave a glimpse of their ceiling. Harden and Durant combined for 74 points, with Durant pouring in 42 to go with Harden’s 32-point, 12-rebound, 14-assist debut.

Of course, their full potential will not be unleashed until Irving’s return, which could happen tonight. How will the Harden, Irving, and Kevin Durant trio fare together? Nets fans will be hoping that Irving slots back in as easily as Harden slid into the lineup.

While the acquisition of Harden is major NBA news, Durant’s return from injury is equally notable. He is second in the league in scoring, and his exploits have seen the Nets through early struggles and Kyrie’s recent absence.

Betting Advice for Bucks vs Nets

The Bucks are favored, but back the new-look Nets to win, with or without Irving. Back the OVER as well.