Hawks vs 76ers Game 2 Betting Preview: Philly Might Be In More Danger Than We Realize 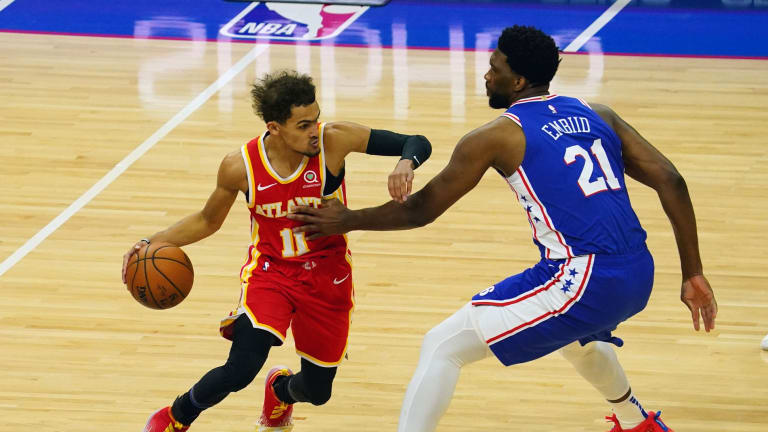 Game 1 of the Hawks vs 76ers series could not have gone worse for the home team. There was speculation that Joel Embiid was not going to play because of a knee injury. Instead, he did play, played well and the 76ers still find themselves down in the series.

For Atlanta, they have to be ecstatic. They took game one of a series once again and their top player, Trae Young played great. He got strong support too with the Hawks in control most of the game.

Atlanta did nearly give away the game late, but they were still very impressive in Game 1.

Trae Young had his fourth game in these playoffs scoring at least 30 points and his third double-double with 10 assists. I was worried that the length the 76ers could throw at him would really slow him down but that has not been the case.

John Collins and Bogdan Bogdanovic both scored 21 points in support of Young. Both shot the ball really well contributing to the Hawks shooting better than 50% from the floor for the game and making 20 three-pointers. If they keep shooting like that, there is no way they won’t compete throughout the series.

The Hawks are definitely not giving the 76ers an inch. Now they have to avoid a letdown like they had in the New York series where they lost Game 2.

I know the 76ers mounted a furious comeback in the fourth quarter, but I would argue that Game 1 was actually pretty awful even though they only lost by four points.

For starters, they lost. Not only did they lose but they did so even though Joel Embiid played, and played really well. That was definitely not supposed to happen.

The second thing that went terribly in the loss was that Ben Simmons was once again a liability at the free-throw line. He made all seven of his field-goal attempts but missed seven of 10 foul shots.

Lastly, the defense was very porous in Game 1 allowing Atlanta to shoot with ease in too many situations. They had no real answer for Young, and their own lack of defensive intensity negated an offense that made 55% of their shots from the field.

With a quick turnaround, it is hard to know what to expect from Philadelphia. Of course, Embiid can still be a monster, but will Simmons still prove to be too much of a liability? At one point in the fourth quarter, they had cut the lead to just a couple of points. I don’t want to pin it all in on one player, but his shooting woes are magnified in close games.

I do think the main turnaround piece needs to be the defense for the 76ers. Philadelphia was a good defensive team during the regular season. If they find that level again, odds are they even up the series.