Can the Kings Slow Sizzling Hot Giannis on Back-to-Back for the Visitors? 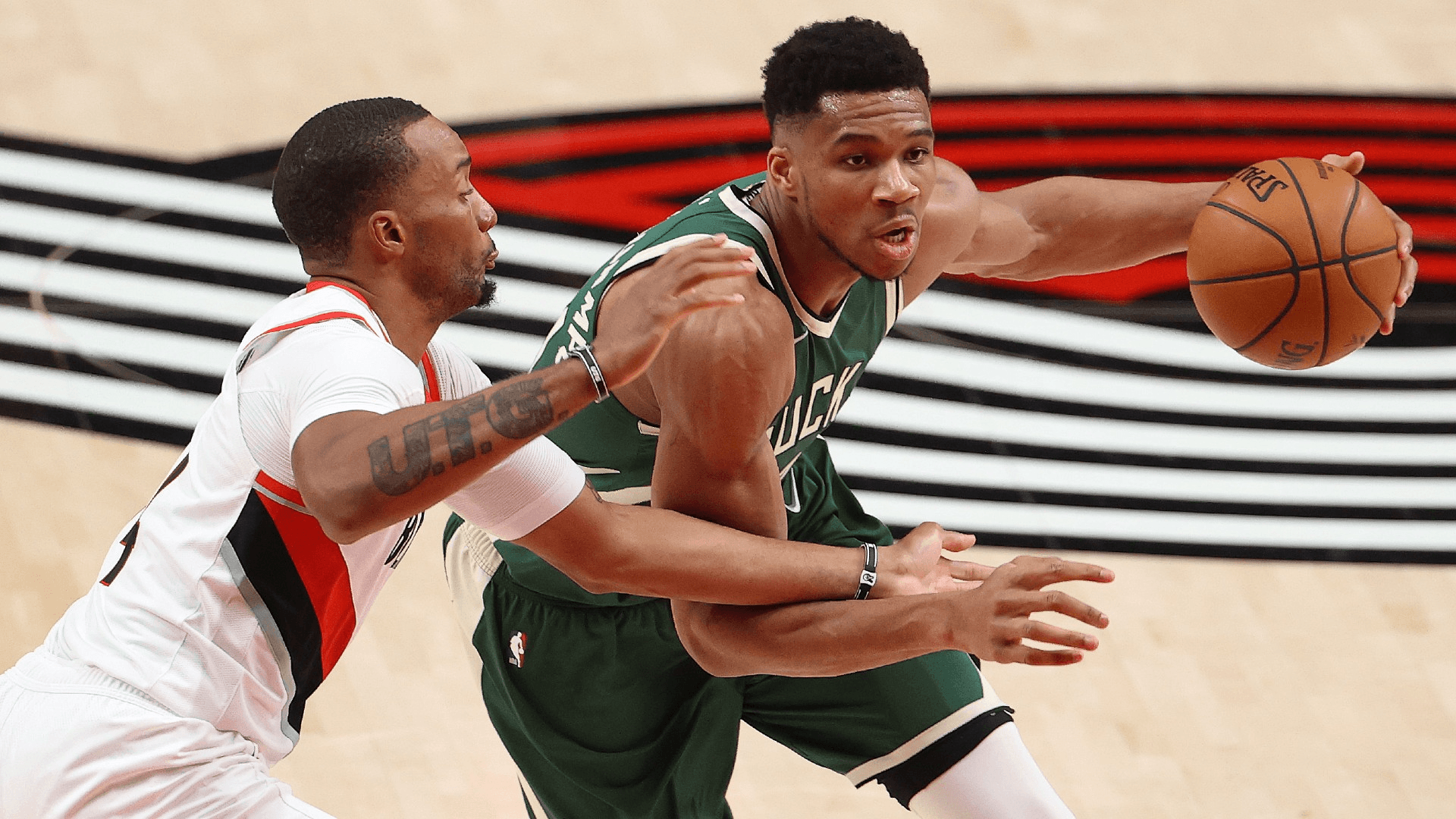 The visitors look to add another win on their current West Coast road trip in tonight’s Milwaukee Bucks vs Sacramento Kings matchup. They looked dominant last night in Portland, but back-to-back situations can be tricky. Fortunately, they get a light opponent in the Kings. Sacramento is one of the worst defensive teams in the NBA, so they are kind of the perfect opponent if you are looking for an easy game. NBA odds for today’s games favor the Bucks by a solid margin, but can they cover on the road on back-to-back nights?

The Bucks are the second-highest scoring team in the league and just dropped 127 points on a good Portland team in an 18-point win last night.

Giannis was an absolute monster against the Blazers, scoring 47 points with 12 rebounds. He did that without making a three-pointer. What he did do was make all 18 shots inside the arc. That is astounding, and even though good defensive teams will do a better job on him in the playoffs, it shows just how dominant he can be.

Khris Middleton and Jrue Holiday chipped in 20+ points each in a game that did not have any drama down the stretch. The Bucks played yesterday, but they did not have to burn their regulars too much in the win.

The Bucks are only 3-3 SU and ATS with no rest this season.

Kings Will Try and Keep Up

The Kings are 29th in defense, so most nights they have no choice but to push the pace and hope for the best. They do rank 7th in scoring, but that is a dangerous strategy against the Bucks. They have learned that the hard way already.

These teams met in Milwaukee in February and the Kings scored 115 points but still lost by 13. They got balanced scoring with six players in double-figures but Giannis had a big game with 38 and the game wasn’t close. Holiday did not even play for the Bucks in that one, and his defense on either De’Aaron Fox or Tyrese Haliburton might be as much of a factor as his scoring in this game.

The Kings are missing some size right now with Marvin Bagley and Hassan Whiteside out with injury. Neither player is super critical to the team’s success in general, but against a team like the Bucks you have to take care of the glass. Richaun Holmes is a tough-minded player, but he is undersized inside.

The Bucks are just a bad matchup for the Kings. They don’t have a counter for Giannis, and the Bucks are better at playing up tempo than the Kings. In fact, they welcome it.

The Kings are a bad spread team at home as well, coming in at just 9-16 ATS this season. However, our consensus NBA picks give the Kings the edge to cover tonight.