Should the Shorthanded Clippers Be Faded in Home Matchup With Streaking Nuggets? 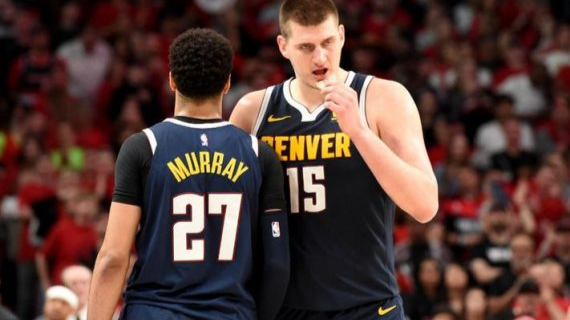 Tonight’s Denver Nuggets vs Los Angeles Clippers matchup is a potential NBA playoffs preview, which would be a rematch of a thrilling series last season. Last year, the Clippers looked like they were going to eliminate the Nuggets with ease, but Denver came back from a 3-1 deficit to take the series. L.A got some revenge by taking the first game these teams played against each other back in December. Now the Nuggets are in a much better position to win in L.A., and tonight’s NBA odds favor the visitors to get the win.

Mile High Team on the Rise

The Nuggets have won and covered three in a row, including the last two with newly acquired Aaron Gordon in the lineup. The Nuggets do not need as much scoring from him and that is a good thing. He led the team in +/- in their recent win over Philadelphia, so he is making a positive impact. They are also a longer team with either him or Michael Porter, Jr. playing the small forward role.

Nikola Jokic is likely to be able to get more out of Gordon with his great passing ability. The team has looked good and should continue to improve as everyone gets more comfortable with each other.

As a road favorite, this season Denver is 13-6 SU this season. This is a small number, so a win likely covers it.

The Clippers are a different team than the one that collapsed against Denver last season. Paul George and Kawhi Leonard are still the stars, but the pieces around them have been rotated some.

One key new piece, Serge Ibaka, is out. He scored 15 points when the Clippers beat the Nuggets back in December. George led the team in scoring that night with 23 points and he is also out.

The bench is totally different with Montrezl Harrell allowed to sign elsewhere and Lou Williams recently traded. His trade replacement, Rajon Rondo, has yet to suit up for the Clippers and may not tonight either. Coupled with the injury to Patrick Beverley, the Clippers are pretty thin at the point guard spot tonight. They will be relying on Reggie Jackson a player who has his moments, but he is at a disadvantage against the Nuggets’ Jamal Murray.

The Clippers have enough pieces to compete, but this is also shaping up to a situational fade. Throughout this weird season the when has been even more important than where or even who you are playing. This one opened with the Clippers as a small home favorite, but it has already moved with the Nuggets holding so many situational advantages.

Being a home underdog has been a great role for the Clippers, as they are 3-1 SU and ATS in this role. Our consensus NBA picks back the Clippers to continue having success as a home underdog. If betting that side, just be careful in understanding why they are in that spot to begin with.