Phoenix Favored to Down Desperate Bulls and Continue Home Prowess 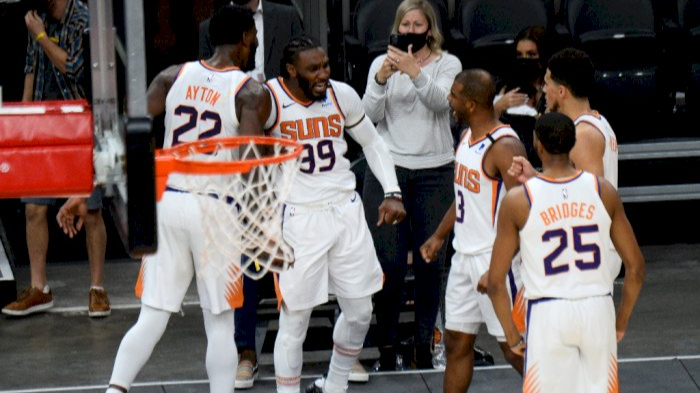 The visitors desperately need a win but head into one of the toughest places to get one in tonight’s Chicago Bulls vs Phoenix Suns matchup. The Bulls made a move to get themselves over the hump at the trade deadline, but there have been no positive results just yet. Phoenix has been well clear of that hump for a while now. They have their sights on winning the Pacific Division, and the best record in the Western Conference is a possibility.

Bulls Need to Pick Up Their Play

The Bulls have now played two games with new center Nikola Vucevic in the lineup after acquiring him from Orlando. They have lost both even though his stat lines have been productive, scoring 21 points with 9 boards in each.

In both cases, the Bulls were +1 underdogs, but they lost by more than 10 points on the road. That is also disconcerting as that is where they have been most profitable this season. They have a 14-6 ATS record away from the United Center.

It is hard to make a direct correlation but top scorer Zach LaVine has struggled since the move, scoring a combined 30 points in the two losses. He had been averaging close to that total each night prior to the trade.

Billy Donovan should be trusted to get it figured out, and Chicago is still a few losses ahead of Toronto for the last playoff spot in the Eastern Conference.

Suns Are Smooth Sailing As Spring Heats Up

While many teams were scrambling at the trade deadline for reinforcements, the Suns stood pat and are looking great for a strong second half. They look to extend a three-game winning streak with the Bulls coming to town.

With each result, the Suns look more and more impressive. It looked likely that Chris Paul would have a very positive impact on the team but few would have expected how good the Suns have looked, especially on defense.

Phoenix is 3rd in points allowed, in part because they guard the three-point line so well. Opponents are making under 35 percent against the Suns, which makes them a hard team to come back against. One knock against them is that they are not a great rebounding team. That could be an area to improve if someone makes sense on the buyout market.

Phoenix has been so good that it has not mattered that they have gotten next to nothing from top draft pick Jalen Smith. He might help on the boards, but this is looking like a lost season for the rookie.

As a home favorite this season Phoenix is a very profitable 15-6 SU and ATS. That said, our consensus NBA picks back the Bulls to cover. The Bulls have been solid on the road, but few places are as tough as Phoenix has been.