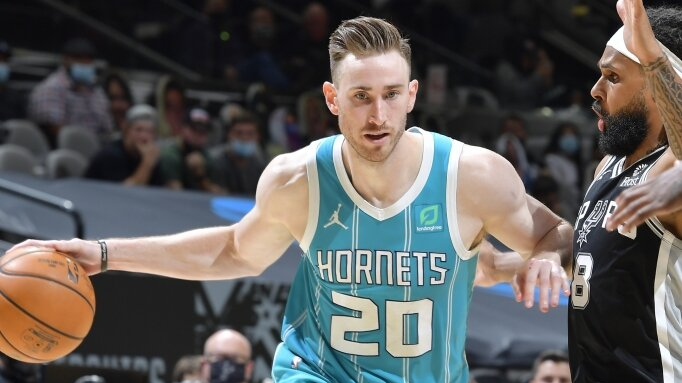 The home team goes into tonight’s Charlotte Hornets vs Houston Rockets matchup with a rather unfamiliar feeling. For the first time since early February, the Rockets head into a game following a win, as their 20-game losing streak is finally over. Losing that many is pretty unfathomable, but so is the 2-18 ATS record they built during the streak. The spread is supposed to equalize things, so that is even more impressive than all the losses. Where do the Rockets go from here? They’re not likely to start soaring, if tonight’s unfavorable NBA odds are any indication of what to expect.

No Ball Means More Balls to Go Around

The Hornets were developing into a nice story and getting better as the season progressed largely thanks to the development of rookie LaMelo Ball. Now he will be out for an extended period with a wrist injury, so they have to come up with a plan B.

The first move was to put Devonte’ Graham back in the starting lineup. It makes sense, but he has to start being able to differentiate between good and bad shots. Charlotte did not have a ton of depth even with Ball, and this does not help them at all. They might only be able to go eight deep now. The Hornets are especially light inside but that is not likely to be exploited in this one.

Charlotte is 2-1 SU and ATS as a road favorite this season, so this is a rare spot for them.

Houston Still Has a Long Way to Go

The Rockets finally broke through with a win over Toronto on Monday. Not to take credit away from them, but they got the Raptors in a perfect spot, on a back-to-back and having lost eight in a row themselves.

When you watch the Rockets a couple of things stand out. First, John Wall can still be a very good point guard in the NBA, and second, Christian Wood is an emerging big man.

A third thing that stands out is how poor the rest of the roster is. Yes, there are injuries to the likes of Victor Oladipo and Eric Gordon, but the Rockets seem to be really lacking in developmental players, guys they can expect to improve and potentially fill in around Wall, Wood, or others. Oladipo is at the top of trade rumors right now too. If they can get anything of value for him, they should cash in.

Speaking of cashing in, only three times all season long has Houston followed up an ATS win with another one. However, our consensus NBA picks do back the Rockets to cover tonight. Winning can be contagious, so Monday’s win could fuel another positive performance tonight.