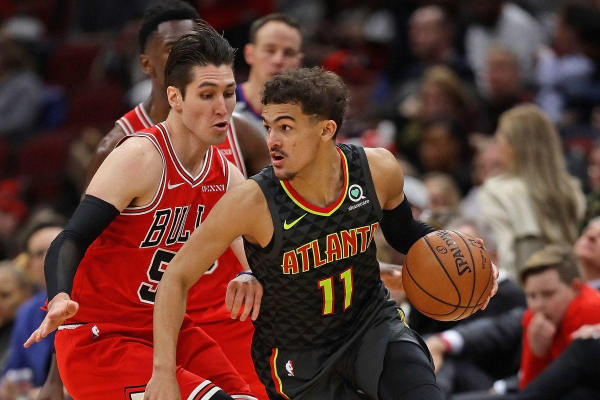 The Atlanta Hawks will continue their long road trip on Monday night against the Los Angeles Clippers. The Clippers got a nice home win against the Sacramento Kings on Sunday afternoon and will be looking for their fourth straight game in this contest. Los Angeles is one of the best teams in the Western Conference this season, while the Hawks are one of the worst teams in the NBA.

The Los Angeles Clippers weren’t supposed to be good this season, and they are one of the best stories in the entire NBA. The Clippers come into this game with a record of 28-22 and are firmly in the playoff picture in the West. Atlanta knew this would be a rebuilding season, and things have not gone well for them. The Hawks are just 15-33 this season and have lost four of their last six games. The Clippers are 6.0 point favorites over the Hawks in this game.

Offensively, the Los Angeles Clippers are one of the top scoring teams in the NBA so far this season. The Clippers are scoring close to 114 points per game, which is the seventh-best scoring average in the league. Los Angeles has just four players averaging in double figures this season, but all four of those guys are putting up better than 15.5 points per game. Lou Williams is averaging better than 18 points off of the bench this season and is probably the winner of the Sixth Man of the Year in the NBA.

Another major reason that the Clippers are near the top of the Western Conference has been the play of Tobias Harris. Harris has been a solid player in the NBA for a few seasons now, but he is turning into a star. The small forward is averaging more than 21 points and eight rebounds per game this season and gives Los Angeles a proven scoring threat. The Clippers still have some work to do on the defensive end of the floor, but their offense will keep them in almost every game they play.

Atlanta knew that this was going to be a long year, and wins aren’t as important as developing some young talent. At this point, the Hawks would be better suited to lose a bunch of games and improve their chances at the top draft pick in the 2019 draft. The Hawks don’t put forth much of an effort on the defensive end and are giving up 117.5 points per game this season. Things haven’t gone well for the Hawks away from home either, going just 7-20 on the road so far this season.

Rookie point guard Trae Young has shown some flashes of greatness this season, but he has struggled to make three-point shots. Young is scoring better than 16 points per game this season but is making just 29 percent of his three-point attempts. Power forward John Collins looks like he could be a cornerstone of a franchise, putting up 19.4 points and 10.2 rebounds per game this season. The Hawks have some pieces to build around for the future, but their roster needs plenty of work.

Clippers Blow Out Hawks at Home

The Atlanta Hawks appear to be playing better of late, but this is a real challenge for a young team. Los Angeles has won three straight games, and this looks like a great opportunity to win a fourth. The Clippers offense should pick apart a horrible Hawks defense, and they will roll to a win at the Staples Center. Bet the Los Angeles Clippers -6.0 over the Atlanta Hawks.