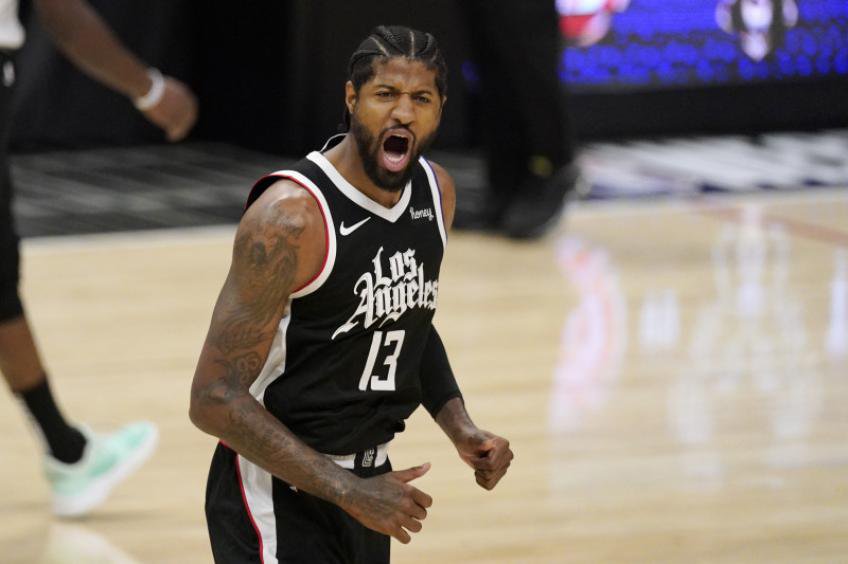 Chris Paul is back, but things kind of unraveled for the Suns in Game 3 of the Western Conference finals. You knew that the Clippers were going to dig deep as they were desperate for a win and it seemed the Suns just couldn’t get to that level of intensity. Phoenix is still leading the series 2-1, but there has to be a little doubt now. Paul may be back, but Devin Booker appears to be a bit rattled and they need him just as much. A win before they head home will soothe all the doubters. L.A. is far from collapsing though.

Paul is Back but Momentum is Gone

The Suns were leading at halftime, but in the second half things got pretty bleak for Phoenix. The reality is that their aura of invincibility is gone even though their most important player is back.

Point guard Chris Paul had 15 points and 12 assists in his return to the lineup. But the impact just wasn’t there, despite the numbers on the surface. He was -15 for the game and made only 5 of 19 shots, but he has been better and there is no reason to think he won’t be. He hadn’t played in more than a week.

Two-guard Devin Booker also had a rough game, shooting just 5 for 21 also posting 15 points with a -15. As the intensity of the game picked up he lost his focus. At one point, he committed three fouls over a span of just a few minutes, forcing him to the bench. He scored 40 points in the Western Conference finals opener but has just 35 in the past two. They need to get him back on track.

Center Deandre Ayton had another efficient shooting game, going 9 of 13 for 18 points. However, the Suns were beaten up inside for the first time in the series.

Even after looking off in the loss on Thursday, the Suns are still small road favorites for the second game in a row.

L.A. needed a win in Game 3 and they got it. Forward Paul George played a very good game with a team-high 27 points and 8 assists to go along with 15 rebounds. He was all over the court for the Clippers but he still needs to be better with the ball if he is going to dictate so many possessions – he had six turnovers.

Early on center Ivica Zubac was a beast. He finished the game with 15 points, 16 rebounds, and a game-high +28. His energy was off the charts against Ayton, who even when he is effective, plays sleepily.

There was no sleep in the game of pesky guard Patrick Beverley. As usual, he took it to the opponent's best perimeter players on defense, especially Booker. He made a few shots too and his +24 for the game in just 26 minutes was impressive.

Last but certainly not least guard Reggie Jackson continues to be a great closer for the Clippers. He made some big shots in the second half and can create well enough that you can put the ball in his hands with confidence.

It was a total team effort in the win. Tangentially, what was Kawhi Leonard doing up in a box instead of on the sidelines? I thought he was for sure done for the year but they keep reporting his injury status as if he might play. Serge Ibaka is hooting and hollering from the bench in his crazy outfits while Kawhi is just chilling upstairs…it is a little awkward.

Though the Clippers are following a familiar pattern, the market is a little light on confidence that they can do so again in the Western Conference finals.