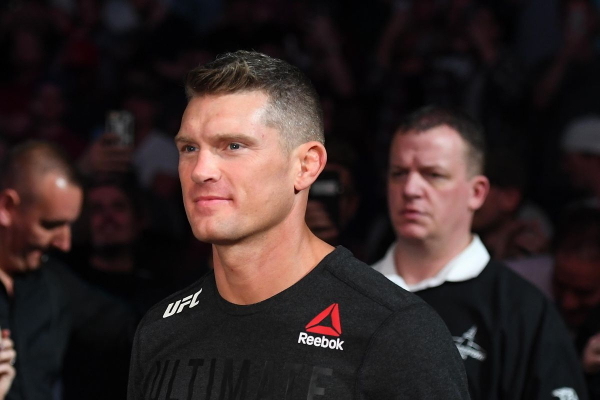 The UFC is set to return to the APEX Center for it’s 25th event over the past 24 weeks this Saturday. While UFC Vegas 17 may not include a title fight, this is one of the best Fight Night cards that the promotion has put on in 2020.

A welterweight bout between Stephen Thompson (-102) and Geoff Neal (-118) is set as the main event of the night (Odds via FanDuel Sportsbook).

The former title-challenger Stephen Thompson is set as a slight -102 underdog to Geoff Neal in the main event tilt. Thompson has gone 2-2 since losing to Tyron Woodley in a welterweight title fight back in March of 2017. His latest fight was a unanimous decision victory over Vicente Luque in what was labelled the fight of the night at UFC 244 last November. This will be the first time that Thompson will be listed as an underdog since fighting Rory MacDonald in 2016.

Geoff Neal will be putting his undefeated UFC record on the line when he enters the cage on Saturday. With a 13-2 overall record, Neal has been on a 5-0 tear through the welterweight division since entering the UFC. Four of his five UFC wins have come inside the distance including a TKO victory over Mike Perry in December of last year.

One of the greatest UFC fighters of all time makes his return to the octagon in the co-main event as Jose Aldo is set to take on Marlon Vera in a bantamweight bout.

Jose Aldo, the former long-time featherweight champion, is entering the fight on a three-fight losing streak after failing to beat Petr Yan in a bantamweight championship fight this summer. The Brazilian will be vying for his first win since February, 2019. Since winning 18-straight fights, which included WEC and UFC championships, Jose Aldo has now gone 3-6 over his last nine bouts.

Marlon Vera, on the other hand, is coming off the biggest win of his career after he finished bantamweight prospect Sean O’Malley as a +250 underdog in August. Vera is 6-1 in his last seven fights with his only loss in that stretch coming against Song Yadong in a featherweight bout, one weight class above where he normally fights.

With the power Marlon Vera possesses in his strikes, he’s a live dog at +123 against an aging Jose Aldo. While a strong chin and the ability to take a strike was a cornerstone of Aldo’s success, four of his last six losses have come via KO or TKO which means he might not be able to take a punch like he used to.

In the fight that is set to kickoff the main card, Greg Hardy will be taking on Marcin Tybura in a much anticipated heavyweight bout. Hardy, who got into MMA after his NFL career with the Dallas Cowboys came to an end due to legal issues, has had a solid start to his UFC career. He’s 4-2 (1 NC) with one of his losses coming from disqualification when he hit Allen Crowder with an illegal knee. The former defensive lineman has proven to have power in his hands as six of his seven career wins have come via TKO.

He’ll be taking on Poland’s Marcin Tybura who is entering the fight on a three-fight win streak. This will be Tybura’s fourth fight in 2020 as he looks to cap off the year with an undefeated 4-0 record.

Despite being listed as a slight underdog, Marcin Tybura will have a huge experience advantage in this fight which may end up being too steep for Hardy to overcome. Tybura has fought 16 more times than Hardy has in his short career, and he knows how to drag a fight to the judges’ scorecards. All three of his victories this year have come via decision.

Hardy has shown to have cardio issues in the past, as his most recent loss came via decision to Alexander Volkov last year. Hardy also had a win overturned to a No Contest due to him using an inhaler in between rounds against Ben Sosoli.

If Tybura can avoid the early onslaught of Hardy’s strikes, he should be able to drag him into deep water and get the decision victory on the judges’ scorecards. -102 on Tybura is a great bet if you’re looking to wager on this heavyweight fight.