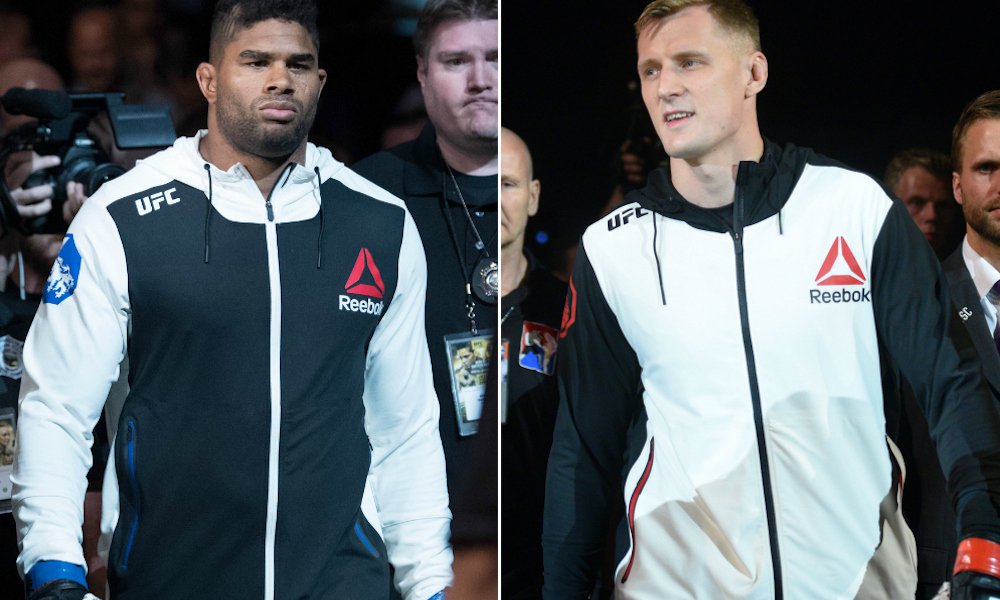 Conor McGregor has lost to Dustin Poirier but the world of mixed martial arts will keep on spinning. This week the UFC returns to the APEX center in Las Vegas for a Fight Night card headlined by a heavyweight tilt between Alistair Overeem and Alexander Volkov.

Alistair Overeem is coming off two straight wins and is determined to make one final run at UFC heavyweight gold. Standing in his way is the 6th ranked Alexander Volkov who is coming off a TKO victory against Walt Harris at UFC 254 in October.

It’d be tough to find a fighter with a resume as stacked as Overeem. This will be the former Pride champions 67th professional MMA fight and 20th fight inside of the UFC octagon. This will be just the second time over his last six fights that he’s been set as the betting underdog. He has a 2-3 record in the UFC when his odds are set at plus money.

Volkov, on the other hand, has had success when set as the betting favorite as he’s 4-1 in his UFC career as the chalk pick. His only loss as a favorite came to Derrick Lewis at UFC 229 when he was KO’d with just 11 seconds remaining on his way to what would have been a victory via the judges scorecards.

Alexander Volkov has had success in his career when he’s faced fighters who rely on their grappling like Fabricio Werdum, but he’s run into issues when he’s faced power strikers like Derrick Lewis and Curtis Blaydes. Alistair Overeem is the accumulation of the skills that Lewis and Blaydes possess so it’s surprising to see him set as the betting underdog in this heavyweight tilt.

Overeem is determined to get one more crack at getting the belt wrapped around his waist and he won’t let a streaky Alexander Volkov get in his way.

Sometimes Frankie Edgar is his own worst enemy. As one of the greatest fighters of all time, the gritty 39-year old refuses to back down from an opponent or say no to a fight offer. As a consequence, he’s continuously put into the octagon with the best of the best instead of enjoying the last part of his career fighting opponents that are within his skill range.

He once again finds himself facing a 20-something year old fighter who’s in the prime of his career and hungry for a UFC title fight. Cory Sandhagen is a -480 favorite in this scrap for good reason. His only loss in his UFC career came in a title fight eliminator against Aljamain Sterling but he has since gotten back in the win column with a mesmerizing spinning wheel kick KO of Marlon Moraes.

If your bankroll is filled with coin you can feel comfortable laying the juice betting on Sandhagen at -480 but for those of us who are looking for a wager with a little bit better value, the fight to go the distance is a great look at -166.

Frankie Edgar may be completely outmatched but he’s one of the toughest fighters to ever step inside the octagon. Over 33 professional fights, Edgar has been finished just twice. With this bout being a non-title fight, meaning it’ll be just three rounds long, Edgar has a great chance to at least bring this fight to the judges scorecards.

The greatest female mixed martial artist to ever live, Amanda Nunes, is starting to get quite lonely at the top of the Women’s bantamweight division as she’s defeated almost every fighter at the top of the rankings. Macy Chiasson and Marion Reneau have a chance to enter the conversation as new blood in the division with an impressive victory on Saturday night.

Chiasson will be looking to string together a winning streak as she’s coming off a win against Shanna Young at UFC Fight Night 167 that took place almost a year ago to the day. She’s 4-1 in her young UFC career which includes two TKO finishes.

She’ll face Marion Reneau whose UFC career may come to an end if she can’t pull off the upset victory this weekend as the 43-year old is coming off three-straight losses. She’ll be seeking her first win since February 2018.

You won’t catch me placing my money on a 43-year old in a UFC fight, especially one that’s on a three-fight losing streak. Macy Chiasson is a 29-year old prospect who is just starting to come into her prime. With only seven fights so far in her professional career, expect to see a significant improvement every time she steps in the octagon.

Reneau may be on a losing streak, but she’s still yet to be finished inside the distance in her career. Snagging Chiasson to win via judges’ scorecards at +140 is a gift that only comes by every so often.