Nate Diaz vs. Tony Ferguson UFC Betting: Will Diaz bow out with a win? 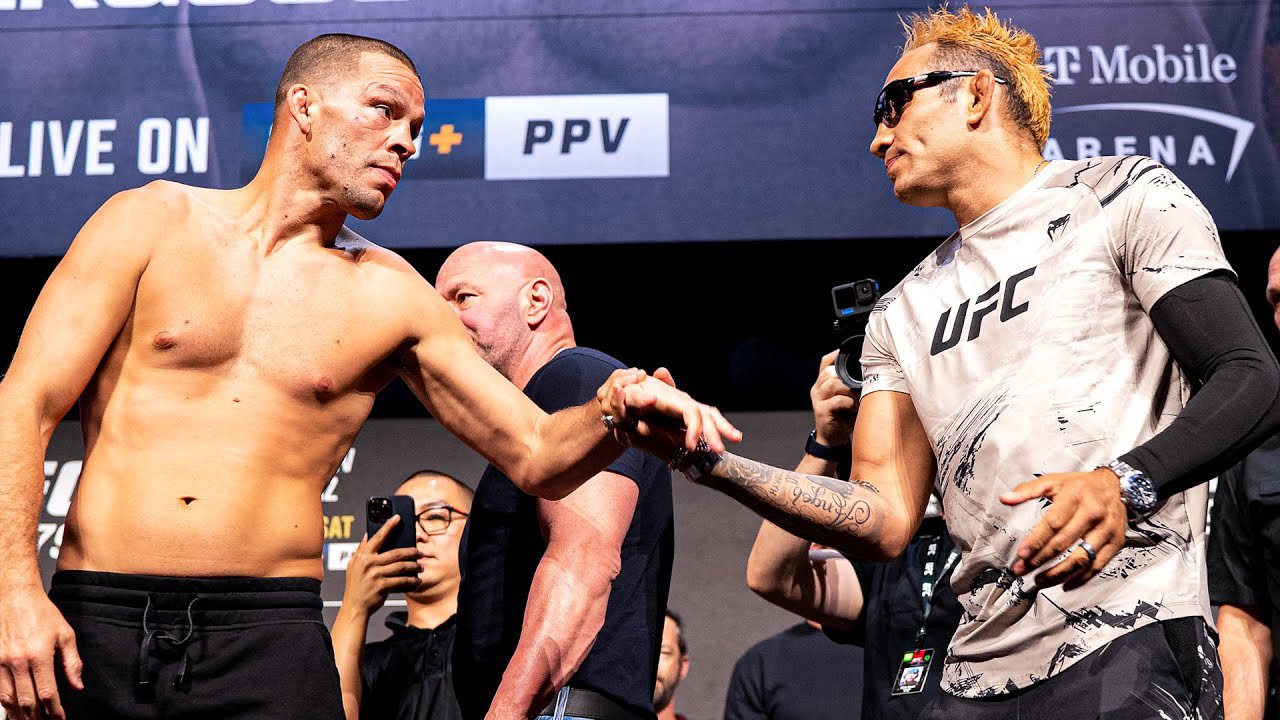 Tonight, longtime UFC fighter Nate Diaz was expected to bow out of the promotion with a main event showdown against Khamzat Chimaev at UFC 279 in Las Vegas.

But Chimaev missed weight yesterday, and while Diaz will still be involved in the final fight of the night at T-Mobile Arena, he will now face Tony Ferguson instead.

Chimaev will now meet Kevin Holland, while Holland and Ferguson’s original opposition, Daniel Rodriguez and Li Jingliang, will face off.

We have also offered our thoughts on Li Jingliang vs. Rodriguez and will have a betting breakdown for the Chimaev vs. Holland bout, but here we take a look at the reshuffled main event.

Had the bout with Chimaev gone ahead as scheduled, Diaz would have been a heavy underdog.

Before the weight miss and the resulting shakeup, this is how the odds shook out at some of the top legal sports betting sites:

If you have followed UFC for a long time, you would know that you can never count out Nate or his brother Nick.

But the reshuffle has clearly given Diaz a much more winnable fight just by looking at the odds for the bout.

That win for Diaz came by decision against Anthony Pettis at UFC 241 in Anaheim, California on August 17, 2019.

Since then, Diaz has fought only twice, a TKO loss to Jorge Masvidal at UFC 244 in November 2019 and a points loss to new welterweight champion Leon Edwards at UFC 263 in June 2021.

El Cucuy knows time is against him

Tony Ferguson is a household name in MMA circles, but at 38 years old, the American fighter from California knows his time is running out.

He is currently ranked at number 11 in the lightweight division, and he hasn’t won since defeating Donald Cerrone by TKO at UFC 238 in Chicago on June 8, 2019.

He enters the octagon on fight night with his recent form showing four defeats on the bounce with two KO losses and a pair of defeats on the scorecards. That suggests his career is on the decline, but a win in this bout could spark a resurgence for Ferguson.

If he is anywhere near his best, Ferguson should win this fight. The odds give him the edge for a reason. But Diaz will want to go out a winner, and the smart thinking is to back him to do just that.