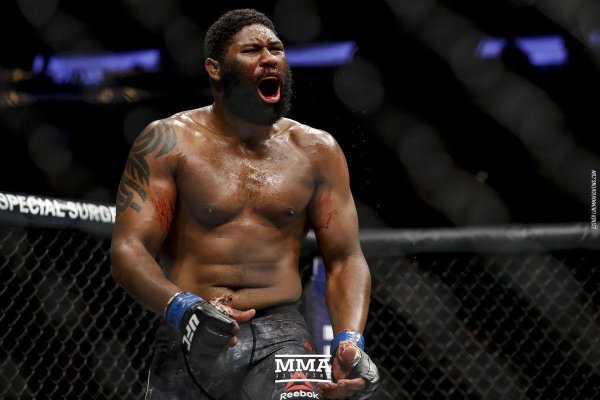 This event will be headlined by the rematch in the UFC’s Heavyweight Division between Curtis Blaydes and Francis N’Gannou. The Co-Main Event will also be from the Heavyweight Division as Alistair Overeem takes on UFC newcomer Sergey Pavlovich. Both of these fights have KO potential, with all 4 fighters showing previous 1 punch KO power.

In the Main Event, we will have a rematch of Curtis “Razor” Blaydes and Francis “The Predator” N’Gannou. These two fought back at UFC Fight Night 86 on April 10, 2016. In that matchup, N’Gannou won by doctors stoppage after completely closing Blaydes’ eye, and doctors felt that he could not safely continue.

In that fight, the first round was very competitive as N’Gannou knocked down Blaydes two times with punches and Blaydes took N’Gannou down with a takedown late in the round. I actually scored the first round for Blaydes due to the takedown and more active striking.

In the second round, about a minute into the fight, both fighters exchanged punches in a tie-up, with N’Gannou landing a few very strong and powerful shots on Blaydes which nearly completely closed up his right eye. Blaydes was getting off some strong shots in the second round but when the round ended the doctor stepped in and stopped the fight.

Both fighters have gone in different directions since that last fight, with Blaydes going 5-0 since his fight with N’Gannou, and N’Gannou went 4-2 since the fight with Blaydes, which included a Title Fight with Stipe Miocic.

The fact remains that in the first fight, when Blaydes utilized his wrestling he was very much effective in taking the fight to the ground and controlling where the fight takes place. He should return to the same style of fight but this time, use more of his wrestling to take the big man down. I look for Blaydes wrestling to be the difference this time and he should get a close win.

Louis Smolka -205 over Sumadaerji – Louis Smolka was recently released from the UFC after dropping 4 straight fights to Matheus Nicolau, Tim Elliott, Ray Borg, and Brandon Moreno. He followed that up with 3 straight wins in domination fashion on the regional level. Smolka is a very good fighter and realistically should have never been released from the UFC. He gets a second chance in the UFC and will make the most of it! Smolka gets a big win on Saturday!

Sergey Pavlovich -117 over Alistair Overeem – Pavlovich will be making his UFC debut on Saturday, and the hype that surrounds him is building and building. He is 12-0 and has won 9 of those 12 fights by 1st round KO. Overeem has shown his chin is aging. He has lost 3 of his last 5 fights by KO or TKO and now facing a Russian powerhouse striker like Pavlovich is a recipe for disaster! Pavlovich ends this one early!