MMA Picks and Preview for UFC 225 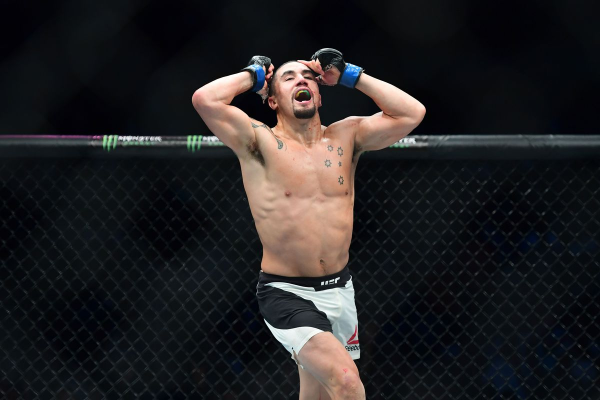 UFC 225 will take place this Saturday Night from Madison Square Garden in New York City, New York with one of the best fight cards that they have put on in recent history. There are currently 13 fights scheduled for Saturday Night with two title fights and a ton of undercard fights that legitimately could be Fight Night card main events! This card is completely stacked from top to bottom and this looks to be one of the best cards of the year!

Yoel Romero took one other fight since that time, taking on Luke Rockhold at UFC 221 and knocking out the former champion in the third round. Romero is known for having cardio issues and with being 41 years old now, we can only assume that it isn’t going to get better, if anything it will get worse. We can safely assume that this fight will most likely be kept on the feet as neither one of these guys is a grappler.

Romero is a world class wrestler but he mostly uses his wrestling to keep the fight on the feet and prevent guys from taking him down. Romero has never won a fight by submission and really isn’t a ground fighter.
Handicapping Selection: Robert Whittaker WINS via Unan Decision

Rafael dos Anjos vs. Colby Covington – UFC Welterweight Title Fight
The Co-Main Event of the evening will feature two guys fighting for the fake title, I mean the Interim Title, as TyrodWoodley is the current UFC Welterweight Champion but isn’t available to fight until later this year. Rafael dos Anjos will be taking on Colby Covington in this fight with the winner being able to call themself a world champion. I don’t agree with the implication but I don’t make the rules in the UFC.

Dos Anjos is 28-9 and is riding a 3 fight win streak that includes wins over Robbie Lawler, Neil Magny and Tarec Saffiedine. Dos Anjos moved to the Welterweight Division after struggling with the weight cut to make 155 lbs and since his move, he is undefeated. Dos Anjos is the former Lightweight Champion but openly admitted that the weight cut drained him and was simply too difficult for him to make. Many experts feel that Colby Covington is somewhat undeserving of a title shot but his flamboyant mannerisms and cocky attitude have somehow worked for him and he is now fighting for the title.

Covington is 13-1 and is classified as one of the best wrestlers in MMA. Covington must be very careful if he decides to wrestler Dos Anjos to the mat because early in his career, Dos Anjos was a submission machine and Covington may not want to risk getting submitted in this fight.
Handicapping Selection: Rafael dos Anjos WINS via 2nd Rd TKO

Charles Oliveira is taking this fight on short notice and in most spots, I always avoid the short notice replacement but this fight really matches up stylistically for Oliveira. ClayGuida likes to move in and out and have a lot of lateral movement. To watch him fight, you will have to keep your eyes moving the entire fight because he is one of, if not the most active fighters inside the Octagon. It’s very difficult to catch Guida but not impossible. If Oliveira gets his hands on Guida, this fight will go to the ground. If not, Oliveira will stay outside and use his powerful leg kicks to wear down Guida and end the movement. Oliveira wins this fight late in the 2nd round.