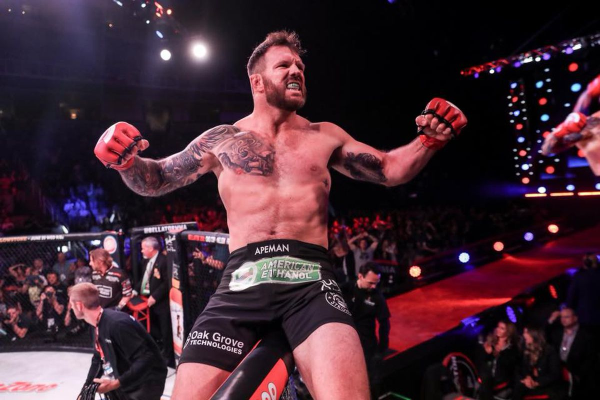 After one of the most craziest weeks in MMA, we take a week off of UFC and get ready for a HUGE week over at Bellator. This week, the Heavyweight Grand Prix Semi Finals will take place on Friday and Saturday Night as Bellator puts on events on back-to-back nights.

Bellator 207 will take place on Friday, October 12, 2018 from the Mohegan Sun Arena in Uncasville, Connecticut and will feature Matt Mitrione facing Ryan Bader in the first half of the Heavyweight Grand Prix Semi Finals.

Bellator 208 will take place the next night, Saturday, October 13, 2018, from the Nassau Coliseum in Long Island, New York and will feature the other half of the Heavyweight Grand Prix matchup between Fedor Emelianenko and Chael Sonnen.

Saturday’s card will feature several fighters that use to fight in the UFC. We will get a Heavyweight battle between two former UFC Vets as CheickKongo takes on recently terminated Timothy Johnson. Johnson will be making his first appearance outside the UFC since being let go by the premier promotion in the world.

We will also get to see former UFC and WEC Welterweight and Lightweight Title Contender Ben Henderson taking on Saad Awad, who is riding a 4 fight win streak.

Both of these cards are stacked with some really great fights and for the betting public, if you like betting on the underdog, then you will love this card as both cards offer some great value in the underdogs. Let’s take a look at both cards.

Ryan Bader -250 over Matt Mitrione – Ryan Bader’s wrestling is going to be the difference in this fight. Mitrione is going to be a much larger fighter and have a major size advantage but Bader’s wrestling will be the equalizer. Also, Bader will keep the pace of the fight relatively fast and push Mitrione’s cardio to the limits. Bader should win this fight via 3rd rd TKO.

Andy Main +391 over Henry Corrales – The way to beat Henry Corrales has been through submitting him and it just so happens that Andy Main is a very dangerous ground fighter. If Main can get this fight to the ground, he can easily submit Corrales.