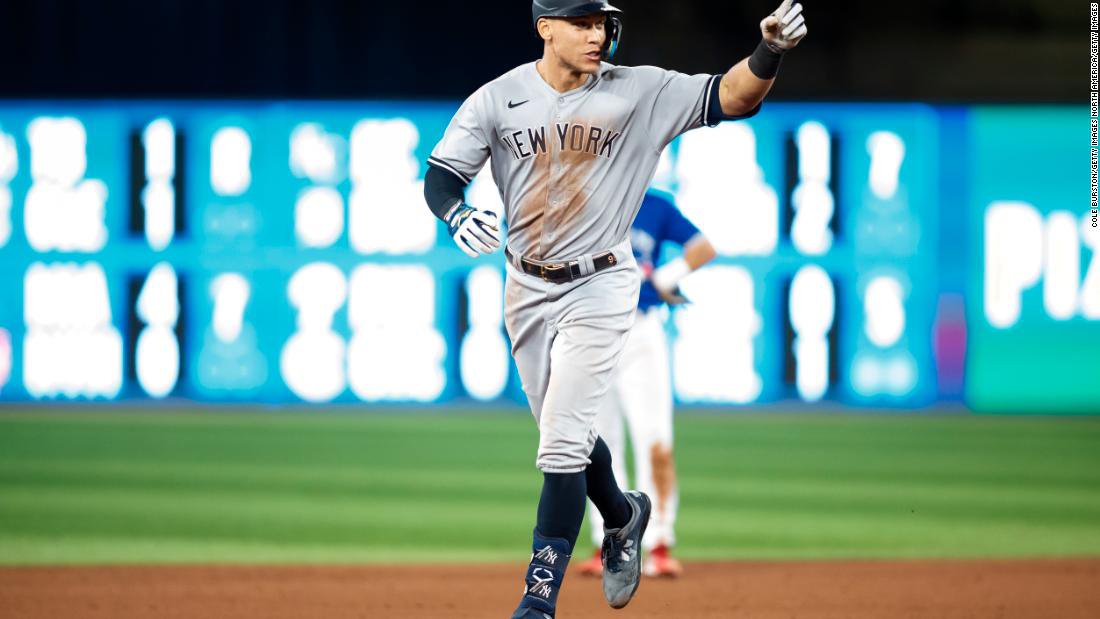 New York Yankees slugger Aaron Judge will have opportunities today to hit his 62nd home run, as the AL East champions are set for a Tuesday doubleheader against the Texas Rangers, with the opener set for 2:05 p.m. Eastern (1:05 p.m. Central).

In last night’s 3-1 win over the Rangers, Judge went 1 for 4 with a strikeout, after going hitless in the Yankees’ last two games against the Baltimore Orioles.

FanDuel currently has odds on if or when Judge will hit his historic homer over the next two days, for those who want to go beyond the usual home run props. As it stands, the odds favor him finishing the season level with Maris.

Will today be the day? In the opener, he’ll face a starting pitcher he isn’t overly familiar with, while he looks set to go up against Spencer Howard–who has allowed 12 homers in 37.2 innings this season, FYI–in the nightcap, which will start at 8:05 p.m. Eastern (7:05 p.m. Central).

Judge’s only career action against Gray came on May 9, when he walked and grounded out against him before Gray exited after 4.1 innings.

Gray has given up 15 homers in 121.1 innings this season, three of which came last Thursday at Seattle, when he gave up six runs and eight hits in five innings in the Rangers’ 10-9, 11-inning loss.

The 30-year-old righty has allowed five homers in 37 innings at home, with only seven of his 23 starts coming at Globe Life Field this season. In those seven starts, he is 4-1 with a 3.16 ERA and two quality starts (of his seven this season).

Taillon, who is aiming for a career-best 15th win, is 7-3 with a 4.24 ERA in 15 road starts this season. He is coming off of his second-longest road start this season, as he went 7.1 innings, allowed two runs and seven hits, and struck out six (with no walks) in New York’s win last Tuesday.

The Rangers are 10-13 in Gray’s starts this season, having dropped the last six. Of those 13 losses, nine (69.2 percent) have come by 2+ runs, including five of the last six.