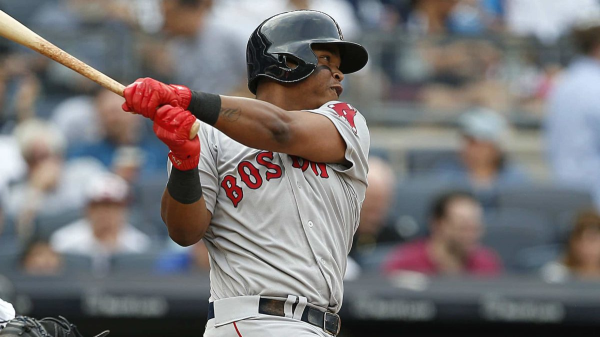 Tuesday night features an Interleague battle when the San Francisco Giants (72-78) travel to Fenway Park to take on the Boston Red Sox (79-70). For both of these teams, it has been a pretty disappointing season. The Giants sit 24.5 games behind the NL West-leading Los Angeles Dodgers and 10 games back of the second Wild Card in the National League, essentially ending any shot at a postseason appearance.

The Red Sox sit 18 games behind the AL East-leading New York Yankees and nine games out of the second Wild Card spot in the American League. After winning the World Series last year, Boston just could never consistently get it going this year.

The moneyline for this matchup features the San Francisco Giants at +180 and the Boston Red Sox at -190. The over/under for runs scored sits at 10.5.

With this looking like a lost season and next season already on management’s minds, the Giants would love to see some pitchers that could step into a starter’s role next season. With that in mind, Logan Webb will get another crack at showing he can get the job done. To this point, though, it has been a struggle.

Red Sox Hope Offense Can Them

This has certainly been a season that the Red Sox faithful would love to forget. Having already relieved their general manager of his duties, Boston’s focus is on how to rebuild for next season. Still, the show must go on, and they have to find a way to finish this season on a strong note.

Taking the mound Tuesday for Boston will be righty Nathan Eovaldi. After Eovaldi signed a new contract in the offsesason, the Red Sox have not gotten the production from the righty they had hoped for. In 20 games (nine starts), he is 1-0 with a 5.81 ERA, 1.54 WHIP and opponents are hitting .272 against him. In 52 2/3 innings, he has allowed 55 hits, 34 earned runs, 12 home runs and has struck out 55 versus 26 walks.

Despite the offense, it has still not been enough to make up for their deficiencies in pitching and defense this season. This will be the first time that anyone on the Red Sox has seen Webb in their careers.

I must be honest in saying that I don’t particularly love either of these teams with the way they have been playing. The Red Sox are just 36-39 at home while the Giants are 39-36 on the road. Despite that, the Red Sox have the ability to mash the ball while the Giants offense can be anemic at times.

Neither team has a particularly solid starter going in this one, and the bullpens have been hit or miss. Still, my money is going to go on the Red Sox in this one. With an inexperienced and struggling Webb on the mound, I think the Red Sox offense will be able to get to him for some runs.

While Eovaldi has struggled this season, I think he is going to show an ability to succeed against a struggling Giants offense. Overall, I am taking the Red Sox -190 in this one.