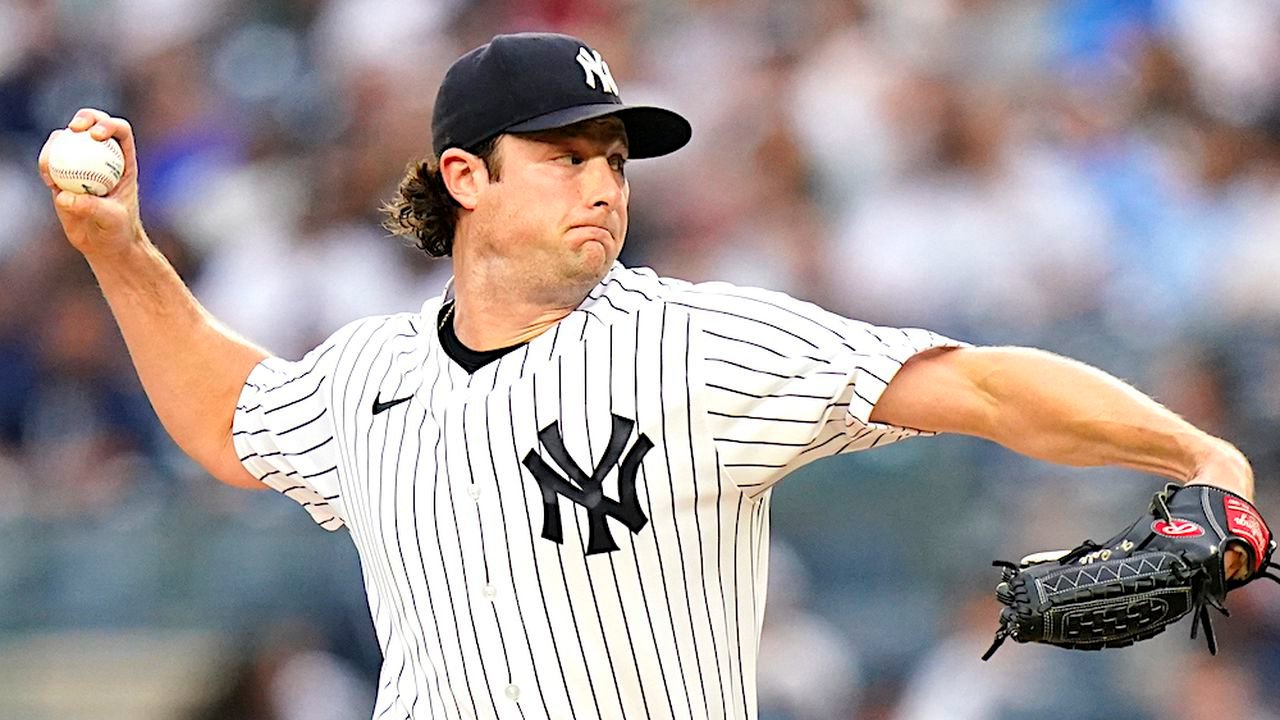 The 2021 season was a bit of a strange one for MLB pitching, but it appears that things are trending back towards normalcy thus far in the 2022 season.

From a pitching standpoint, the 2021 MLB season produced far different results than the previous full season, or any recent full seasons.

A big reason for the drop-off was the six-man rotations that teams employed after the pandemic-shortened 2020 season.

Entering August 4th’s MLB schedule, 54 pitchers had already reached 20 starts, while 108 have made at least 15+.

Last season, Robbie Ray led the majors in strikeouts with 248, edging out Zack Wheeler (247) and Gerrit Cole (243) for the crown. It was the lowest number of Ks for an MLB leader since Justin Verlander’s 239 in 2012.

Ray has had some struggles this season, but at the All-Star break, he has moved into sixth in the league in Ks.

But in his first two starts out of the break, he has bent sent to the showers early by the Astros twice. And with only four strikeouts across 5.2 innings logged in those two starts, he has now fallen to ninth in the strikeout standings.

As a result, he is very likely to fall short of repeating as MLB’s strikeout king.

That said, Ray isn’t the only preseason favorite up there in the rankings, with Cole, reigning NL Cy Young Award winner Corbin Burnes, and Aaron Nola all well placed to make a run at the title.

If Ray can somehow climb to the top and finish there, he would become the first pitcher since Justin Verlander in 2011 and 2012 to lead MLB in strikeouts in consecutive seasons.

But at the top of the leaderboard at present is Chicago White Sox pitcher Dylan Cease, who was one of the most notable All-Star snubs.

While the likes of Cole, Ray, and Burnes were all among the preseason favorites for the strikeout crown, a name that was surprisingly nowhere to be found at that time is now the AL Cy Young Award favorite in Shane McClanahan.

If he had enough innings to qualify, his 12.2 strikeouts per nine innings would have been third in the bigs behind Burnes and Dylan Cease.

So, his absence from the preseason odds was thus a bit odd, especially given that Toronto Blue Jays pitcher Alek Manoah, who made his MLB debut after McClanahan, was on the list.

At this point though, I think it’s safe to say oddsmakers and many others know who he is.

Who Will Lead MLB in Strikeouts in the 2022 Regular Season?

Odds are via Caesars Sportsbook as of Thursday, April 7, 2022.

deGrom, Scherzer & Buehler No Longer in Contention for Strikeout Crown

Of the names on this list, a number are already out of the running, with deGrom the most notable name in that bunch. He is currently on a rehab assignment and is inching toward making his season debut with the Mets potentially sometime shortly after the All-Star break, provided there are no hiccups.

After missing a month and a half’s worth of starts due to an oblique strain suffered in mid-May, Scherzer, who returned to action on July 5, has too much ground to make up unless he puts up double-digit strikeouts in every start. It isn’t impossible, but it is very unlikely.

Buehler has been out since suffering an injury against the Giants on June 10 and is expected to be sidelined for most of the remainder of the regular season, though it is worth noting that he was averaging fewer than nine strikeouts per nine innings before he went down.

Those three are the biggest names, but here are the others from the above list who are already out of the running as well as it stands:

The official site of MLB has an explanation of what ZiPs is here.

After struggling in 2020, Ray bounced back in a big way last season and was rewarded for it with a Cy Young and a lucrative long-term deal with the Mariners in free agency.

A big contract brings big expectations, but Ray has averaged at least 11.3 strikeouts per innings in each of the previous six seasons. Even when things were their worst for him in his last season with the Diamondbacks in 2020, he still averaged 12.5 strikeouts per nine innings across his seven starts with the team before his move to Toronto.

Ray did have two more starts (32 to 30) and pitched 12 more innings (193.1 IP to 181.1 IP) than Cole, who had just five fewer strikeouts last season, but you have to like his chances of beating out the Yankees hurler.

While he has done very well with missing bats throughout his MLB career, he got better at not missing the strike zone last season, with his K/BB a career-best 4.77 (his previous high was 3.07). If he continues to locate well, he will maximize the benefits of playing in the pitcher-friendly T-Mobile Park.

Wheeler is sixth on the list of favorites, so he’s no long shot.

If you are looking for longer odds to take a chance on, San Diego’s duo of Blake Snell and Yu Darvish are both worth a look at +5000. Both had their issues in their debut campaign with the Padres, but the Padres were overall an underachieving, injury-hit mess last season. Each has the arm and pedigree to make a run at the strikeout crown if things come together again.

Wheeler is a great value pick in this spot because of the number of innings he racked up last year. He was only 12th in strikeouts per nine innings (10.4), but he led the majors in innings pitched (213.1) because of how unreliable the Phillies’ bullpen was.

The franchise retooled the bullpen with the additions of Brad Hand, Jeurys Familia, and Corey Knebel, but with there being no guarantees that the pen will be more trustworthy, Wheeler has a lot of value here because of how much of a load he may have to take on.