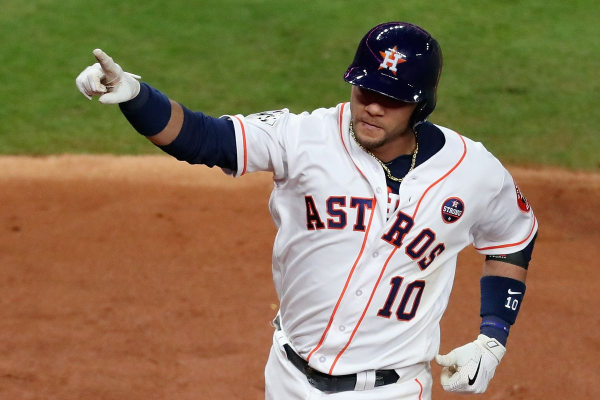 It’s been another crazy week in baseball with several key players hitting the DL. However, a couple of players are returning from injury to help balance things out. Plus there was a bit of a dustup between a couple teams just for good measure. Let’s check out the top headlines from the week.

This past week, the Washington Nationals finally got DanielMurphy back from the DL. Murphy missed the early part of the season after undergoing micro-fracture surgery on his knee during the offseason. His return should provide a nice lift for the Nationals, who have become reliant on BryceHarper and Matt Adams (of all people) offensively. However, the team’s injury woes have continued with Stephen Strasburg going on the DL with a shoulder problem. The club is still waiting for the inflammation to go down before he starts working his way back, which is bad news for Washington in such a tight NL East.

It’s hard to be more unlucky than the Los Angeles Angels on the injury front. On Friday, the Angels announced that third baseman Zack Cozart and pitchers Garrett Richards, Jim Johnson, and Nick Tropeano were all heading to the DL. That gives the Angels over a dozen players on the DL, including Shohei Ohtani and Andrelton Simmons. The Halos are starting to lose ground in the AL West, as injuries are crushing them yet again.

The Beginning of the End

The most devastating injury of the past week may belong to veteran Miguel Cabrera, who tore his biceps muscle on a swing. The 35-year underwent surgery that requires at least a six-month rehab, ending his 2018 season. Cabrera hit .299 this season, although, with just three home runs, his power appears to be on the decline, and a biceps injury isn’t likely to help. Keep in mind that Cabrera is under contract through at least the 2023 season, making at least $30 million per year, which is problematic for the Tigers, to say the least.

San Francisco Giantsthird baseman Evan Longoria also suffered a long-term injury this week, breaking his hand after getting hit by a pitch on Thursday. The injury is similar to the one that kept Giants ace Madison Bumgarner sidelined for the early part of the season. Longoria is hopeful he won’t miss as much time, but he figures to be out until at least the all-star break.

The Dodgers and Rangers had an incident this week that cleared both benches and has led to a couple suspensions. Dodgers outfielder MattKemp knocked over Rangers catcher Robinson Chirinos on a collision at the plate. Kemp was trying to score on a base hit, but the ball beat him to the plate by several steps, so he tried knocking over Chirinos, who held onto the ball to register the out. Chirinos was not happy and gave Kemp a shove, leading to both benches clearing and some heated moments between the teams. Both players were suspended for a game, although Kemp has appealed his suspension while Chirinos sat out Friday night.

A Long Way Down

In a somewhat surprising move, the MinnesotaTwins demoted slugger Miguel Sano all the way back to A-ball. Sano has struggled this season, most notably since coming back from a three-week stint on the DL. After being an all-star last season, Sano is hitting just .203 this year, although he’s contributed seven home runs and nine doubles despite missing most of May. Nevertheless, the Twins are looking for him to hit the reset button and start fresh down in A-ball with the hope that he can return and contribute the second half of the season.

A couple of veterans got their walking papers earlier this week. The Indians parted ways with Melky Cabrera while the Mets released AdrianGonzalez.Cabrera has hit .207 this season with an OPS of .536. Gonzalez wasn’t quite as bad, having some positive moments this year. But since the calendar flipped to June, he was just 3 for 28, making him a scapegoat for the team’s unbelievable struggles on offense. At this point, it’s tough to see either player getting an opportunity to continue playing with a big league club.

Surprise, surprise, the reigning world champion Astros are once again the hottest team in baseball. Houston has now won nine in a row to move 21 games over .500. Of course, with how well the Mariners have played over the past month, the Astros have just a half-game lead over Seattle atop the ALWest. Those two games could end up battling it out the rest of the season much like the Yankees and Red Sox are doing in the AL East, with the runner-up having to settle for a spot in the wild-card game.