Gambling and Cheating: How Will Sportsbooks Handle It? 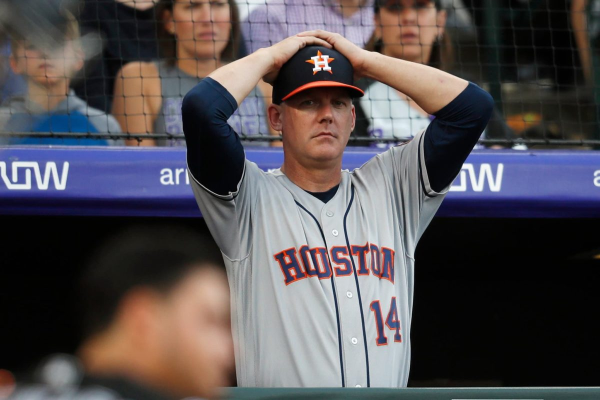 Another cheating scandal is threatening to rock a major U.S. sport, but will it have any effect on the sports betting industry?

Ever since the talk of legalized sports betting in the U.S. came to the forefront a few years back, there has been an undertone of the conversation that centered on integrity in sports. Last week, another scandal rocked the sports world, this time in Major League Baseball. With the Houston Astros found to be guilty of breaking the rules when it comes to using technology to gain an advantage, the league had no choice but to hand down severe penalties. Players on the teams that ended up losing to the 2017 Astros are clearly upset about what has happened, with some calling for the championship to be voided. However, what happens to gamblers who find themselves on the wrong side of bets relating to this behavior? And what does this event do to amplify the discussion about integrity, technology, and gambling?

Gambling, not at the root … this time

Let’s start by looking at the incident from Major League Baseball. The Astros were caught stealing signs, which in itself is not technically illegal by league standards. However, the use of video and signaling batters is what was considered against the rules, and this is why they were punished. To confuse things even further, because of the Collective Bargaining Agreement between the League and the Players Association, no players are named in the report aside from Carlos Beltran, who had moved into the managerial ranks. This means we don’t know exactly who knew about the scheme or who was involved.

This opens up a whole can of worms for MLB and other leagues. Technology is being introduced in every sport in an attempt to clear up rules issues and make the game more fair for players and fans. However, removing the subjectivity of calls and penalties only stands to open up questions about other subjective matters, like officials and players intentionally affect the outcome of games.

How gamblers can be affected by these decisions

More importantly, revisionist history based on new information could change the outcomes of games after their completion. This could wreak havoc on the gambling industry by association. In the case of the Astros situation, some have called for the title to be stripped from them, or perhaps some form of exclusion of the individual stats associated with the individuals involved.

While it is unlikely in this case, we have seen some NCAA violations that have resulted in wins and titles stripped from the record – but how does that affect gamblers? It may not affect the actual bet settlement if it is long after the games are completed, but let’s look at how it could affect bets moving forward. Say, for example, you placed a bet on the Astros to win their division, or the World Series, in 2019. Their GM and manager have just been fired as a result of this scandal. Will the Astros be as successful given these changes? Because the changes happened off the field, does that impact the bet itself?

Now, while no players were implicated in this scandal, what would happen if one was. Say Jose Altuve was in fact, suspended for part of or all the season, and you had placed a futures bet on his stats for the season. Would you have an argument to get your money back?

One site steps up, but does that help?

In light of the Astros indiscretion, one site has decided to err on the side of the players. Late last week, Points Bet, through its “Karma Kommittee,” decided to refund players that had bet on the New York Yankees to win the American League and the World Series in 2019 (the Yankees lost to the Astros in the ALCS). This is not the first time that Points Bet has refunded players for “Good Karma” since going live in the regulated U.S. market -it is actually a well thought out publicity stunt to generate good press for the brand.

However, the bets that have been refunded by Points Bet have, in all likelihood, not amounted to very much money as they are always futures bets or bets on a particular regular season game. One has to wonder two things: what if there was a major scandal in a game or on a sport where there are millions of dollars being bet, and what should other sportsbooks do if they aren’t trying to generate PR?

Integrity is a global issue

Let’s be clear here: integrity in sports is a global issue, and in more mature betting markets, there is definitely activity which is gambling-based that is being called into question. There have been several incidents in Europe in both soccer and tennis where match-fixing seems to have been in play, and thankfully there are data integrity firms like SportRadar that have noticed the anomalies and alerted the leagues in question.

In the U.S., there have been gambling-related scandals in the NBA and MLB, but in the newly regulated sports betting market, there are so many eyes on the games that it would be far more difficult for an athlete or an official to try to affect the outcome of a game. With the introduction of live, in-play betting odds, there are more opportunities for cheating to become an issue.

Is there a solution?

At this time, there doesn’t seem to be one solution that will work for sportsbooks and the leagues. The U.S. leagues have been asking for Integrity Fees from the sports betting industry as part of the regulatory process, but those requests have so far been denied. Cheating that is discovered after the fact is also not likely going to impact the results of bets that have already been settled. All that we can hope is that the sports betting industry, the data integrity firms, and the leagues themselves all keep an open dialogue to ensure that the fans, athletes and bettors are all getting the most out of their product.