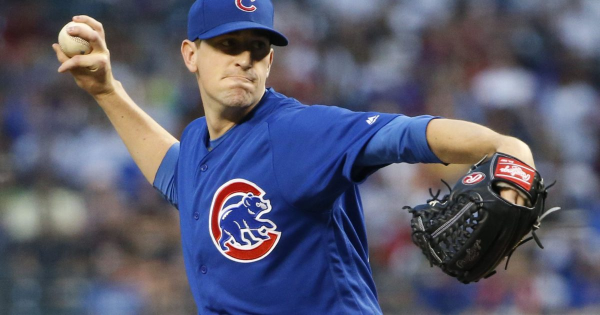 Tuesday night will feature a National League Central battle as the Chicago Cubs (82-74) travel to PNC Park to take on the Pittsburgh Pirates (65-91). The Cubs have dropped six in a row coming into this one, ending their chance for a division crown and dampening their chance for a playoff berth.

As bad as the Cubs have been, the Pirates have been worse. They have lost nine in a row coming into this one. The pitching matchup for this one features Kyle Hendricks (11-9, 3.37 ERA) going for the Cubs against the Pirates’ Mitch Keller (1-5, 7.74 ERA). First pitch for this one is scheduled for 7:05 pm ET.

The moneyline for this matchup features both the Chicago Cubs at -185 and the Pittsburgh Pirates at +170. The over/under in terms of runs scored is set at 8.5.

After being swept in a four-game series with the Cardinals over the weekend, the Cubs are currently out of the NL Central race. Still, they sit four games back for the second Wild Card spot, and while the odds are long they could get it, they are certainly going to try.

Offensively, Nick Castellanos continues to dominate since coming over to Chicago at the trade deadline. Since that time, he is hitting .335/.370/.675 with 16 home runs, 36 runs batted in and 43 runs scored. In five at-bats against Keller, he is 3 for 5 with a home run and two runs batted in. Jayson Heyward has also hit well in minimal at-bats, going 2 for 3 with a home run against the Pirates righty.

While the projections are still high for the Pirates’ No. 1 prospect, Mitch Keller has struggled a bit in his debut season. In 10 starts, Keller is 1-5 with a 7.74 ERA, 1.84 WHIP and opponents are hitting .351 against him. In 43 innings, he has allowed 65 hits, 37 earned runs, six home runs and has struck out 58 versus 14 walks. The Pirates are hoping to get a solid start from him on Tuesday, which will likely be his last start of the season.

Frazier has also had some success against Hendricks in his career. Overall, he is hitting .462 in 13 at-bats with a home run against the Cubs righty.

Pick your poison in this one. Both of these teams have been brutal as of late, and the home/road splits don’t side either way in terms of record. The Pirates are 31-44 playing at home, and the Cubs are the same 31-44 on the road.

For me, it comes down to pitching and urgency. While Keller may be a really nice pitcher in years to come, it is Hendricks who is the better pitcher right now. Additionally, with the Cubs’ playoff chances still somewhat existent, they are absolutely in win-now mode. For my money, I am taking the Cubs at -185 in this one.