Cubs Fall Outside Playoff Spot With Over Week to Go; Is Dynasty Over? 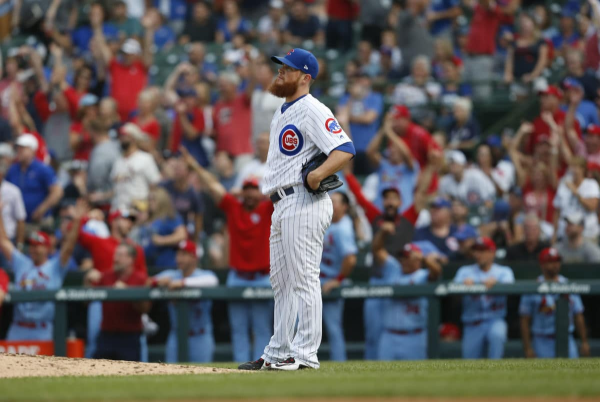 As predicted, the NL Central was going to come down to one of two teams. It was either going to be Chicago or St. Louis, with both teams opening the year as the favorites to win it by either +125 or +130 depending on the number that you got originally.

That said, we saw the NL Central jump between several powers, from Milwaukee early in the season, to Chicago, and then finally, the St. Louis Cardinals have gone on a roll that’s lasted about the last few weeks, while the Cubs continue their slide to being out of the playoffs, despite having one of the most gifted pitching staffs and batting cores on paper.

Some might say that the Cubs dynasty has ended, but the response to that has to be this: What dynasty?

Much Ado About Nothing

Despite their tremendous talent, the Cubs have failed to amount to much more than a single World Series victory a few years back against the Cleveland Indians, a year after losing the NL Pennant to the Mets. Coincidentally, that was the same year that “Back to the Future” predicted the Cubs would win the World Series after more than 100-plus years.

They were able to show that they were one of the league’s most tremendous teams, with deep pitching, a ridiculous one-two punch with Anthony Rizzo and Kris Bryant, and the rest of their lineup isn’t too shabby in their own rights.

All in all, they are a tremendous baseball team, but what have they had to show for it? Sure, a World Series win is awesome, but to call this team a dynasty? No way. Sorry, not even close.

But there is a lot more to be said going forward if the Cubs are able to put things together next season, things that should be noted because they are still a ridiculously talented baseball team.

One of the weak points of the Cubs has been their pitching. While they have been able to put together stretches where they minimized their failures, in the end, the Cubs have one of the best staffs on paper. There is absolutely no reason that they should be giving up leads or blowing starts in the fourth or fifth inning.

Until the likes of Jon Lester, Yu Darvish, and others can remain consistent, the same problems are going to persist. Jose Quintana has been incredible, and the addition of Greg Kimbrel, albeit too late, is a good one to keep in mind as time goes forward.

Let’s see how the Cubs are able to put together starts and manage late-game pitching situations next season, because if anything is for sure, the Cards capitalized late in the season on their pitchers’ abilities to limit at-bats for opponents, and when needed, they were clutch at the plate swinging.

Too many times, the Cubs would leave runners in scoring position despite starting innings with nice stretches of small-ball plays. With a lot of heavy hitters in the lineup, there is absolutely no excuse for that, and until they can demonstrate next season and cruise along, the Cubs will remain in that manner.

Ultimately, some of it isn’t the Cubs’ fault either. Chicago, while good, had a tough year having to battle in one of the more competitive divisions in all of baseball. The Brew Crew and Cards both have had great seasons, and both could still be fighting down to the wire for the NL Central title.

While the Cubs can definitely get better, they also need to hope that another team in their very own division doesn’t get to thinking about a new dynasty of their very own.