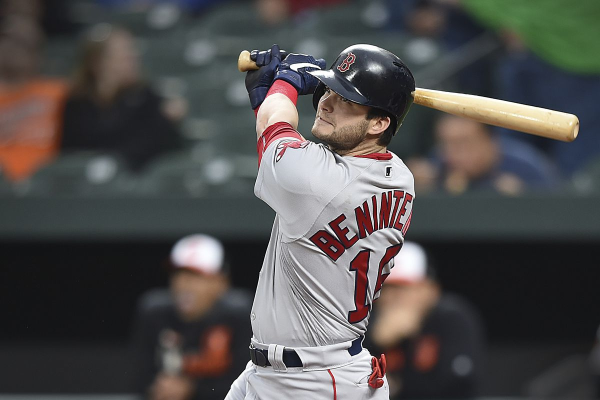 Monday features a battle of AL East versus AL West when the Boston Red Sox (62-58) travel to Progressive Field to take on the Cleveland Indians (71-47). This is the first of a three-game set between the two teams as they both battle to make the postseason.

For the Indians, the route to the playoffs is a little more clear as they now sit tied for first in the AL Central with the Minnesota Twins. Between the two teams, one would occupy the AL Central crown while the other holds a 2.5-game lead over the Rays for the first Wild Card.

The Red Sox, on the other hand, have some work to do. They currently sit 16 games back in the AL East, so the division title is likely out of the question. If the defending champs want to make the playoffs, it will have to be as a Wild Card, but they sit a whopping 7.5 games back of the second spot going into play Monday.

The moneyline for this matchup features the Boston Red Sox at -113 and the Cleveland Indians at +103. The over/under for runs scored sits at 10.

On the offensive side, the Boston Red Sox hold a decisive advantage. They currently rank second in the majors in runs per game, averaging 5.75 (5.67 on the road). For the Indians, they come in at 19th, averaging 4.62 runs per game (4.53 at home).

To call Boston inconsistent this season might be an understatement. After winning the World Series last season, they came in with high hopes, but Alex Cora and company have just not been able to get things rolling all season. Sitting 7.5 games out of a playoff spot, it is starting to become now or never for the Red Sox, and they will look to Eduardo Rodriguez to get them started on the right foot in this series against a tough Indians team.

It seemed like just recently that the Twins were running away with the AL Central division. Fast forward to today, and the Indians now share the division lead with their rival. The Indians have won eight of their last 10 games and look to stay hot as they host Boston.

On the offensive side, the Indians are happy to finally see the real Jose Ramirez show up. After struggling most of the season, he has hit very well over the last 30 days. In that time, he is hitting .322/.350/.687 with nine home runs, 29 runs batted in and 21 runs scored.

Throw on top of that the fact that Francisco Lindor has been hitting .320/.368/.566 with six home runs, 16 runs batted in and 22 runs scored in that same time, and their offensive stalwarts finally are producing as their reputations would suggest.

Eduardo Rodriguez has certainly pitched well this season; in fact, he may be one of the best pitchers that the Red Sox have deployed, at least from a consistency perspective. Still, I have a hard time trusting the Red Sox right now with the up-and-down season they have had. The Indians seem to be surging at the right time, so I am going with the Indians in this one. It helps that they are being seen as the underdogs despite playing at home. For my money, I will take the Indians at +103.