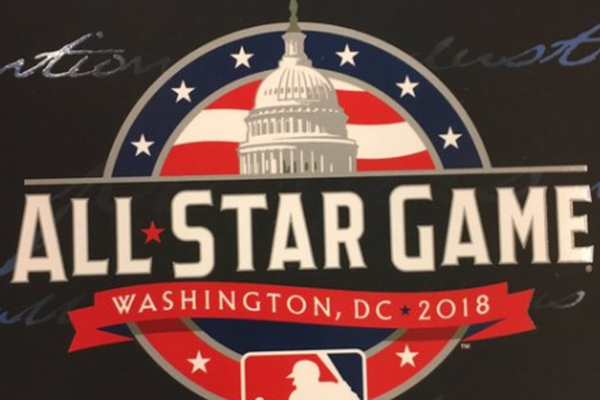 This week the Major League Baseball season’s All-Star Game is here and there is plenty of good value to wager on when these All-Stars hit the nation’s capital. Not only is there the game itself featuring a good moneyline, runline and totals, but we also have the Home Run Derby to play. These are the only sporting events we are getting for several days so play big when you can. There are plenty of great players here and we should have a great Derby as well as Game. Let’s have a look at the smart plays to help you cash in one last time before the second half of the season begins.

Alex Bregman +1000 – The longshot of the group but he has plenty of pop. He is also one of many rookies to the event. The third baseman has a knack for big dingers in the playoffs and, in this year’s weaker than normal field, he could fair well. He has the value you are looking for in a Derby bet.

Freddie Freeman +800 – The first baseman for Atlanta finds himself with a big number by his name. While he is deserving to be there, he is not the best play for a Derby bet.

Max Muncy +700 – Many haven’t even heard of MaxMuncy but the Dodgers infielder is having a big year at the plate. And he’s a pretty big guy for someone so versatile and size is usually a factor in who wins a Derby. He has a good number to bet on but does he have the stamina?

Rhys Hoskins +600 – The Phillies and Hoskins have had a great first half and look to keep that going forward in the second. Unfortunately, a Derby win doesn’t look to be in the cards.

Jesus Aguilar +500 – The big fella is having a great year for the BrewCrew and a Derby win could be right up this slugger’s alley. He hits them far so he is sure to be one of the show stoppers here. +500 is a great number for him.

Javier Baez +500 – The best value in the whole field is Javy from the Cubbies. This kid swings for the fences every AB so imagine what he can do in an event where he is actually encouraged to do so. +500 is a great payout and he has the goods to deliver. A good take.

Kyle Schwarber +280 –ChicagoCubs second entry into the Derby is KyleSchwarber and he is one of the favorites. He is a big dude with plenty of pop but more than that he is a great hitter. He slimmed down a few dozen pounds in the offseason so he may be in perfect shape for this event and +280 is a decent number.

Bryce Harper +200 – The heavy favorite still has a good number at 2:1 odds. Harper is the hometown (for now) favorite and he has all the tools to do it. He has participated in the Derby before so he has the experience but it takes a hot bat. However, he’s had a disappointing season thus far so it may continue here and that makes him a bad bet.

American League guys are coming in the hottest and are the easy favorite at -125. However, on the runline, the AL is giving 1.5 and that pays at +167 and this is a good number to consider. The runline is always more fun to play anyway. The National League is the dog at +115, however, on the runline plus the 1.5 is paying -195. An interesting mix in the numbers and I think you can see the discrepancy here. The way the oddsmakers want to pay out indicates the AL minus the points is your best bet. The American League is the better team on paper after all and if they can grab an early lead, they should be able to hold onto it with the pitchers they have. Even the moneyline is a fine play, too. Stick to the AL, they definitely have the hot bats and the big arms and +167 for 1.5 runs is a steal.