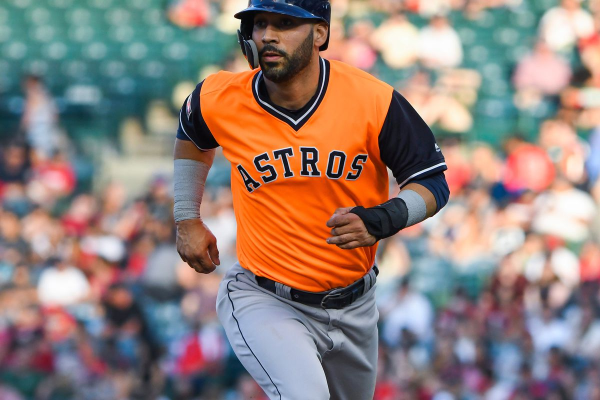 For one team it is trying to secure the division, for the other it is trying to play spoiler. In the ALWest, it has really come down to just two teams, the Houston Astros and the Oakland Athletics. The Astros currently hold a four-game division lead on the A’s, and are trying to put away the division crown sooner than later. With their magic number down to 9, every win counts for the Astros.

That is where the SeattleMariners come in. Having dropped out of the division race, the Mariners are trying to play spoiler now and had some success with it in the first game on Monday as they came back late to win 4-1 on a grand slam by Dan Vogelbach. Now, the Mariners (83-67) will try to make it two in a row as they travel to Minute Maid Park Tuesday night to take on the Astros (94-56). For the Mariners, they will send out Mike Leake (10-9, 3.99 ERA) to take on the Astros’ Josh James (0-0, 4.22 ERA). First pitch is scheduled for 8:10 pm ET.

The money line for Tuesday night’s game is set at the Seattle Mariners +207 and the Houston Astros -225. The over/under on total runs scored stands at 7.5.

Despite the fact that they are out of playoff contention, the Mariners are still hoping to finish out on a strong note. To do that, they will turn to righty Mike Leake on Tuesday. On the season, Leake is 10-9 with a 3.99 ERA, 1.28 WHIP and opponents are hitting .275 against him.

In 178 innings, he has 114 strikeouts, 34 walks and has allowed 22 home runs. Leake has won two outings in a row as he beat the Baltimore Orioles on September 5 and the Los Angeles Angels on September 13. In those two outings, he went a combined 13 innings, allowing 1 earned run and striking out 9.

On the offensive side, MitchHaniger has been the most consistent hitter for the Mariners over the last month. In that time, he is hitting .297/.358/.559 with a .916 OPS. He also has 7 doubles, 2 triples, 6 home runs, 11 runs batted in and 18 runs scored in that time. This will be the first time that any of the Mariners’ hitters have seen Josh James.

To ease some of the stress, the Astros would love nothing more than to clinch the AL West sooner than later. Currently, with a magic number of 9, any combination of Astros wins or Athletics losses will help lower it. To help the Astros cause on Tuesday, they will be sending righty Josh James to the mound.

In only 10.2 innings since being called up (one start and two relief appearances), he is 0-0 with a 4.22 ERA, 0.94 WHIP and opponents are hitting just .158 against him. In those 10.2 innings, he has 17 strikeouts, 4 walks and has allowed 2 earned runs. In his only major league start, he went 5 innings, allowing 3 earned runs and striking out 9 against the Angels in a no-decision.

Offensively, the Astros really need Carlos Correa to start hitting again. In the last 30 days, he is hitting just .202/.275/.255 with a .531 OPS. In that time he has 1 home runs, 9 runs batted in and has scored 12 runs. For the cleanup hitter in the lineup during their run to a World Series title last year, Correa has been dropped to sixth in the lineup as of recently. One player who has been hitting this whole season is Alex Bregman.

Astros Bounce Back In This One

How the Mariners will fare against Josh James when seeing him for the first time is unknown, but we know the Astros have fared pretty well against Mike Leake. On the season, Leake is 0-2 with a 5.00 ERA when facing the Astros. The Astros offense is definitely not clicking right now, but I think they are able to put enough runs on the board against Leake to take this one. Take the Astros at -225.