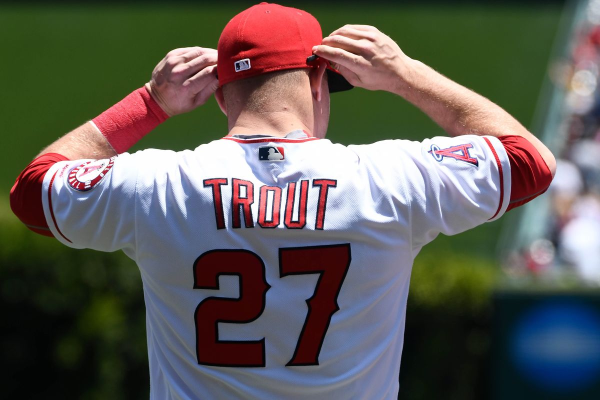 At the beginning of the season, there was a lot of optimism for both the Seattle Mariners and the Los Angeles Angels. For the Mariners, they brought in players like Dee Gordon, Ryan Healy and with the progression of James Paxton, thought they had a bonafide team to compete in the AL West. For the Angels, the addition of players like Shohei Ohtani, Ian Kinsler, and Zack Cozart were supposed to put them over the top. Unfortunately for both teams, the season has been all for naught. Coming into Friday, the Mariners sit 12 games back of the Houston Astros while the Angels sit 19.5 games back.

Despite disappointing seasons, the two will square off on Friday for the second of a four-game series when the Seattle Mariners (80-66) travel to Angel Stadium to take on the Los Angeles Angels (73-74). In this matchup, the Mariners will be utilizing a bullpen day as starter James Paxton had to be scratched from his start. The Angels will be going with Matt Shoemaker (2-0, 3.45 ERA). First pitch is scheduled for 10:07 pm ET.

The money line for Friday night’s game is set at the Seattle Mariners -110 and the Los Angeles Angels -110. The over/under on total runs scored stands at 8.

Mariners Trying To Finish Season On A Strong Note

Despite being in contention for much of the season, the Mariners have fallen off as of late. In September, the Mariners are 5-6. With both the Astros and the Athletics playing so well, this has essentially knocked the Mariners out of a playoff spot. Still, they will try to finish the season strong and will look to try to take the second game of the series on Friday. Unfortunately, starter JamesPaxton was scratched from this start as he is dealing with a mild case of pneumonia. As a result, this will be a bullpen game for the Seattle Mariners. At the time of this writing, the initial bullpen starter had not been named.

Angels Hoping For A Little Health Next Season

Unfortunately, the Angels have dealt with some bad luck when it has come to health this season. Shohei Ohtani had to be shut down from pitching, Mike Trout has spent time on the disabled list and Friday’s starter, Matt Shoemaker, will be making just his fourth start of the season after dealing with forearm issues which required surgery. On the season, he is 2-0 with a 3.45 ERA, 1.21 WHIP, and opponents are hitting .232 against him. In 15.2 innings, he has 11 strikeouts and 6 walks. In his first two starts since returning, he has pitched a combined 10 innings, allowing 3 earned runs and striking out 7.

On the offensive side, it seems like another wasted season by one of the best players in the game, if not of all time. Mike Trout has had another amazing season. Despite battling some injuries, he is hitting .315/.464/.614 with a 1.078 OPS. He has 33 home runs, 21 doubles, 4 triples, 68 runs batted in, 93 runs scored, 23 stolen bases and almost as many walks (112) as strikeouts (113). Like most seasons, you could certainly include him in MVP conversations, despite the fact he has only gotten 428 at-bats thus far this season.

Angels Even The Series

I don’t love Matt Shoemaker in this matchup, but I love the idea of an unexpected bullpen game even less. The bullpen strategy has been utilized a lot this season by varying teams; however, usually it is a little more planned and managers have the opportunity to adjust their bullpen strategy a little to keep one or two possible long relievers fresh for the start.

While Scott Servais might have been able to do this a little, I still don’t love this option for them. If you look at the back end of the pen, Edwin Diaz has been one of the best in MLB this year, but he can’t pitch 9 innings. As a result, I am going with the Angels in this one. Take them at -110.