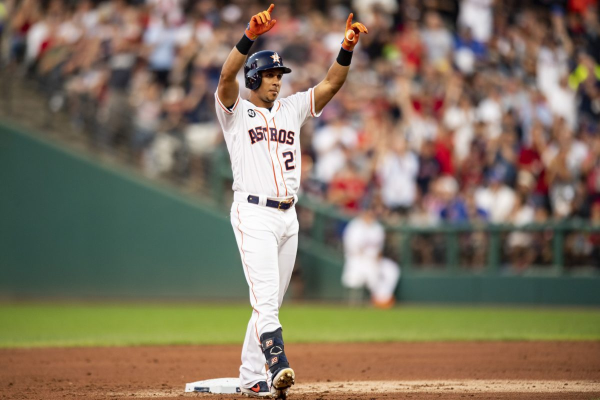 With another AL win in the All-Star Game, does this portend future dominance for the rest of the season and beyond?

While most of the public was on the NL and the over in the 2019 All-Star Game, reality had other plans. In what would close as a 4-3 victory for the American League All-Stars, it’s clear that despite the fact teams in the NL are having a great year, the AL still reigns supreme in the All-Star environment, with the last seven All-Star Games (going back to 2012) ending in victories for the AL. While prior years led to much more dominance in terms of the scoring department, this year’s victory ensures that it may very well set the stage for momentum in the league as a whole.

While the All-Star break is just getting ending, the dominance of the AL in recent years has been demonstrated in the All-Star Game, but the National League has not been without its own winners as well. This combination of two leagues ensures that both are capable of tremendous success in their own right, but ultimately, it remains to be seen whether these two leagues sustain the success they’ve had in their own respects. But as the season progresses, the dominance of the American League will certainly be encapsulated in the overall success that the league is having.

While the All-Star Game is by no means the best way to determine which league is ultimately better than the other, it does seem curious that the AL has overwhelmingly dominated these games in recent years, ensuring that if there is going to be sustained success, it is going to be in the form of non-stop dominance, the kind that ensures that these leagues are overall going to remain on top, rather than ceding their place to their brothers in the National League.

But aside from dominating the All-Star Game, this is even evident from an oddsmaker’s perspective. Despite a shift in the odds, there have been a lot of changes in other ways as well. While the National League has its share of offensive juggernauts, the AL has been able to sustain its own offensive firepower as well, with the New York Yankees, in particular, going on to help pace offenses to a level never thought possible. Overall, this sustained onslaught of scoring on both ends has ensured that the AL is undoubtedly the favorite to win the whole thing.

Presently, as things stand, there is no doubt that this sustained onslaught means that the books aren’t stupid; they can see the writing on the wall. While this AL dominance is being demonstrated on the diamond, there doesn’t seem to be much that inspires the oddsmakers to not make some of the elite teams in the NL some of the favorites to win the World Series.

As of now, the favored team in MLB to win it all is the Los Angeles Dodgers, with +275 odds. After them, it’s the New York Yankees, who are +333 to win it all, followed by the Houston Astros at +375. So while the AL across the board has been playing outstanding baseball, don’t sleep on the NL, either. The Dodgers are far and away one of the most complete teams in MLB, and thanks to their well-balanced fielding, batting, and deep pitching staff, there is no doubt that they are a team that is worthy of favored status.