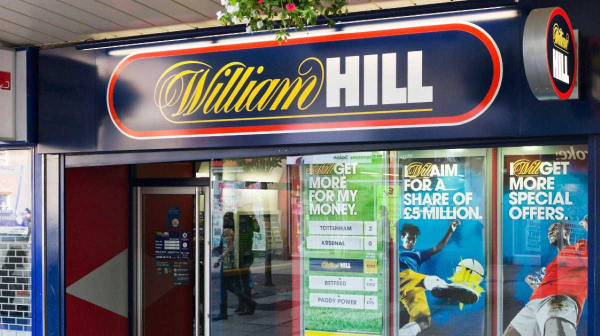 Despite major competition, the US-facing side of the British bookmaker is showing great strides in revenue and new deals.

This week, William Hill PLC, a UK-based publicly-traded company and the parent company of William Hill US, released its 2019 Annual Report, and in there was a lot of information about the state of their business in the newly-regulated U.S. market. With the bookmaker reeling from decisions made by the UKGC regarding the maximum bet sizes in many of their retail shops, and the knowledge that many of these shops will need to be closed, the good news from this side of the Atlantic should be enough to keep shareholders happy.

The 2019 report outlined the U.S. position for the company, including many facts and figures that the entire industry will find interesting. Of course, before May 2018’s repeal of PASPA, the company was already well-entrenched in the Nevada sports betting market, and those numbers continue to buoy the company as it enters new markets. According to the report, William Hill took in $2.9 Billion in wagers across the United States in 2019, with almost half of them coming from states outside Nevada. The company had taken early positions in states like New Jersey in anticipation of the law being changed, and that has paid off, at least in the early days of a regulated sports betting landscape. Interestingly, the online handle figure for the year was only 55% of the total handle, but when you take into consideration the number of land-based sportsbooks the company is operating in Nevada, the number makes more sense. In states like New Jersey, the company will be seeing online handle percentage nearing the 85% mark.

In reviewing the year that was in the United States, William Hill wrote in the report, “Throughout 2019 we made material progress towards our strategic objective to grow a business of scale in the US. There are currently 14 states where sports betting is live and we are operational in nine of them, having launched in New Mexico, Iowa and Indiana during the year, capturing 24% of the regulated nationwide market.” This is, again, slightly skewed given that competitors like Draft Kings and Fanduel currently have no expansion into the mature Nevada market, whereas they are far and away the leaders in Pennsylvania and New Jersey.

The company also pass this information along to shareholders “We now have market access secured in 24 states, a purpose-built digital platform and a strong local team operating from East and West coast locations. The regulatory landscape is complex and changing as the US evolves towards what we expect will be a primarily online market in the long term. However, at the current time, only nine of the states that are live are online and William Hill US offers online wagering in Nevada, New Jersey, Iowa, and Rhode Island.”

A couple of deals that are likely to have an impact on the 2020 numbers but wouldn’t come into the 2019 report are the recently-announced partnership with media giant CBS, which will give William Hill access to the 80 Million monthly unique visitors to CBS’s online platforms. Also, the company just announced a deal to be the provider for the Grand Traverse Band of Ottawa and Chippewa Indians (GTB), which operate three different retail gambling facilities in Michigan. The company will launch both online and retail sports betting operations as soon as the licensing is available in that state.

Business in new markets can be costly

Much like many of the other sports betting firms looking to secure territory in the competitive U.S. marketplace, William Hill has been taking a profitability beating in states like New Jersey. “Our disciplined growth strategy saw operating costs increase 43% as we continued to grow the local team and expand our New Jersey presence. As a result, adjusted operating losses decreased to $33.2m, an improvement of 21%,” the company reported. This is likely to be only a short-term issue for the company as it continues to spend money to grow its position.

Overall, the company is very bullish on how it is approaching 2020, and given the value that the U.S. business now provides the overall PLC, we shouldn’t be shocked to hear of more investments being made by William Hill in the United States in the months to come.