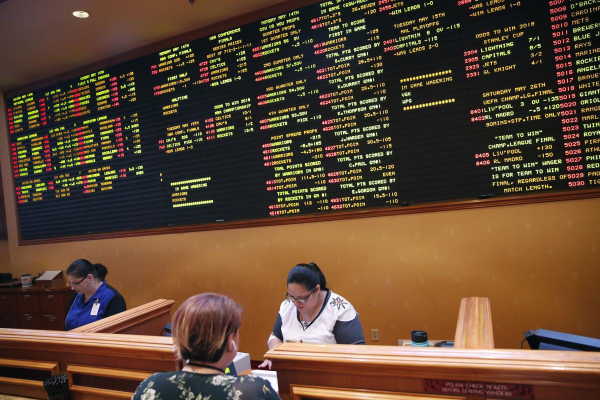 It has now been a few weeks since the SupremeCourt repealed the Professional and Amateur Sports Protection Act, and there is still a fury of activity taking place in the sports betting space in the United States. It sure seems like every day there is another news piece about the industry, and since our last update, there have been states starting to take wagers. Taking a general view from high above, here is how we see things progressing:

It is about as messy as we thought it might be

While it is lovely that states are now going to be able to take legal sports bets, passing legislation is not nearly as easy as one might think. Let’s start with the fact that many states already had bills on the table to regulate online casino and poker, which have been hotly debated, only being passed in a few states. With sportsbetting now a possibility, do these bills need to be rewritten or will they just be able to have the game added to the current language. It is difficult to say what each state will do (its possible they draft a separate sports betting bill altogether in some states). All in all, this is slowing down the march towards regulation.

The passing of a bill is hard enough, but what we are reading in each draft legislation is that there is very little in the way of similarities in each. Some states are considering implementing sports betting without an online piece, which we think is ludicrous in this environment. This would simply drive players to find options for betting online, perhaps even helping the black-market sites these laws are meant to destroy. Next, every state seems to have a different idea on the taxes they want to impose on operators. Having taxes set too high will make it very difficult for an operator to be competitive without passing those costs on to the players, which in turn will make unregulated options far more inviting. While we don’t expect that all the states should follow the same template, some discussion and research into what is being discussed in each jurisdiction along with referring to other countries for guidance would go a long way to not screwing this up from the start.

The land grab continues, but it is slowing down

Within hours of the landmark PASPA decision from the Supreme Court, partnerships between software companies and land-based gaming facilities were being announced. Along with that came news of some companies being acquired like Paddy Power’s purchase of the DFS site Fanduel. While these announcements have slowed down, there are still several dominoes to fall, and the attention has turned to wooing clients from states who are waiting on legislation. One thing is for certain -we don’t have any idea how big the U.S. sports betting market is now or how much it will grow. Every article written quotes a different figure (which is why this article has left one out), and as these companies all line up at the starting gate, expectations are likely to be significantly higher than what will actually transpire in the early months of the regulated market.

The scramble to take bets quickly is one, but at what cost?

You have likely read that a couple of states raced out to take legal sports bets as quickly as they could. This week, New Jersey took its first sports bet when the Governor placed a wager at Monmouth Park Racetrack. This was quickly followed by a photo-op bet placed by Julius Erving in Atlantic City. However, all this was usurped by the state of Delaware who took their first wager (and the first legal sports wager outside of Nevada) last week.

All of this is fine and dandy, but to get these bets placed, there likely had to be a lot of duct tape in the background. In order to implement a fully integrated solution, especially when you include the online betting piece, there will be some heavy lifting required in the background. What has likely happened in Delaware and New Jersey is that standalone sports betting product were cobbled into place to be ready for the quick turnaround. This gives us shivers because when it comes time to integrate, it will likely be very messy and full of unforeseen complications.

The Leagues seems to have gone quiet…

The sports leagues in the U.S. which fought this tooth and nail, seem to have gone quiet in the wake of the decision. We know that leagues like the NBA have already publicly proposed an “integrity fee,” and there will likely need to be some funding that goes into ensuring the games are not compromised. However, there will be a huge gap between what the leagues want and what the states will offer. This may cause delays in the introduction of these integrity and oversight committees. We see this as an attempt by the leagues to get their piece of the action after being on the wrong side of the debate, and we hope that states don’t cripple their operators by imposing integrity fees that are too high to sustain profitability.

So, we are a few weeks further on, and while there are some movements forward, there are still more questions than answers when it comes to regulated sports gambling in the United States. While the World Cup of Soccer is currently taking place, all eyes should be on late August as a timeline for many states to make moves. This is when the NFL season will start, and with the majority of betting activity in the U.S. being centered on football, states that want to be taking bets should be focusing their timelines on that schedule.

We’ll continue to update you on everything that transpires so check back regularly for more details as they happen!

After the Novak (or Novax?) Djokovic visa saga dominated pre-tournament headlines, we can finally look forward to some on-court headlines as the Australian Open gets underway. Djokovic news has taken the focus off of the tournament, which is certainly understandable. After all, the fate of the world number one and top seed would significantly impact END_OF_DOCUMENT_TOKEN_TO_BE_REPLACED