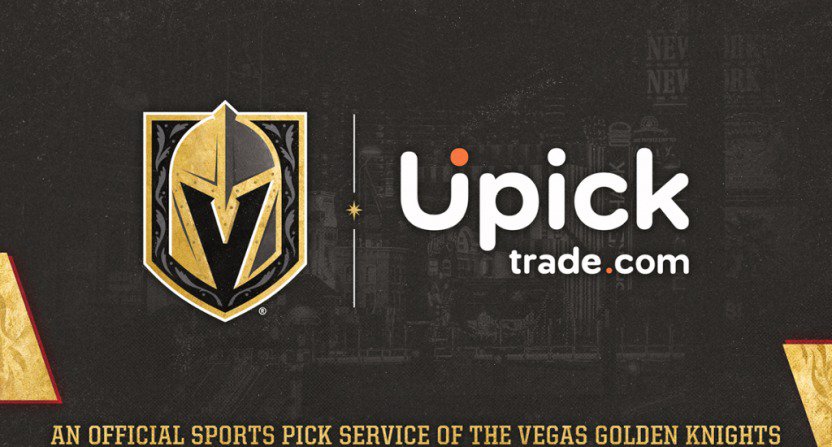 The idea of partnering with a tout service seemed kind of funny when the NHL’s Vegas Golden Knights teamed up with UpickTrade.com. Then the Golden Knights found it wasn’t funny at all.

The team confirmed over the weekend it was quickly ending the sponsorship agreement, with the implication that it was a virtually unanimously bad idea.

“The organization will not have additional comments on the matter at this time,” the team said in a statement.

“We are still in shock about the whole decision,” said Erick Sapien, COO of Xoy Capital (the parent company for UpickTrade).

Last Wednesday, the hockey franchise said it entered a multiyear partnership with the Guadalajara, Mexico-based service that sells picks and was designated the Official Sports Pick Service Partner of the Knights.

“I’m not surprised the agreement ended as quickly as it started,” US Bookmaking sportsbook director Robert Walker, former MGM Mirage (now MGM Resorts) sportsbook director, told the Las Vegas Review-Journal. “I think the Knights’ management staff just lacked a fundamental understanding of the hole they were digging themselves.

“I am somewhat thankful, though, as I plan to use this case any time the leagues bring up integrity. Hopefully, all can learn from this and move on. At some point, common sense will trump money.”

NHL deputy commissioner Bill Daly said in an email to the news outlet that he was not able to comment directly but that the NHL has ongoing communication on the matter and that clubs are on their own to comply with league rules and policies.

UpickTrade charges $89 per month, per sport, for its picks, and – although it certainly is not supported by fact – claims more than 6,000 clients “are now making a living off of sports.”

As far as pro sports agreements go, this one clearly crossed a line. The Vegas franchise would now have been seen promoting a company with a vested interest in the outcome of individual games.

The idea that the tout service could have inside, team information, should have made this partnership a non-starter from the get-go.

The sports-betting universe could find conversations such as coming soon in Ohio:

“Don’t forget: bread, milk, asparagus and a parlay: take the Buckeyes and the over.”

If the Ohio Grocers Association has its way, a trip to the market could well include the ability to wager legally on single-event sports.

The Ohio Senate Select Committee on Gaming held another meeting last Wednesday, hearing from stakeholders such as sportsbook operators and other gaming advocates. But the grocers group also weighed in.

Joe Ewig, a lobbyist for the grocers' association, testified that the trade group’s members can handle the responsibility if Ohio eventually legalizes sports betting.

The association counts more than 500 businesses among its members. Last year alone.

“We recognize that there are a lot of different concepts and proposals on how sports gaming will function and be structured in Ohio,” Ewig said.

“To that end, we are not here today to advocate for opening a sportsbook in each grocery store, having tables set up through our locations or isles. But we ask you to consider making us a part of the sports gaming system.”

He’d like the Ohio Lottery to have the OK for some type of sports betting product and could include existing lottery terminals in stores.

“Appreciating mobile gaming will no doubt consume the lion’s share of the market, we are asking for an inclusive approach that will allow other businesses in Ohio, including grocery stores, to provide a sports betting product as part of an expanded lottery offering,” Ewig added.

It’s not uncommon across the country. States in which sports betting is legal include the lottery in some aspects.

From a casino.org story:

It’s right across the river, but so far away.

Nebraskans can cross the Missouri River and place bets using apps from almost any of Iowa’s 19 casinos — including betting giants such as FanDuel and others.

But you can’t do it in Nebraska, though legislation continues to be pushed that would open the sports-betting door in Nebraska after residents approved racetrack casinos through a referendum last November.

The fight is a big one and it involves, on the “no” side, the many leaders of the state’s Republican political establishment.

So, not just yet.

But in the meantime, Iowa continues to set wagering records – helped by Nebraskans hungry for action.

Until Jan. 1, bettors had to visit Iowa casinos in person to set up an account and download sports wagering apps, but in 2021 it can be done virtually. Just cross the state line and download any of those apps from Iowa’s registered operators.

Iowa casinos opened their first legal sportsbooks in August 2019, and in two months were pulling in nearly $60 million a month in bets.

A year later, in September 2020, Iowa sportsbooks exceeded their all-time mark with a handle of $72 million.

And then hit $104 million in December.

And then hit $149 million in January.

Early predicted handles were $250 million to $300 million – for an entire year.