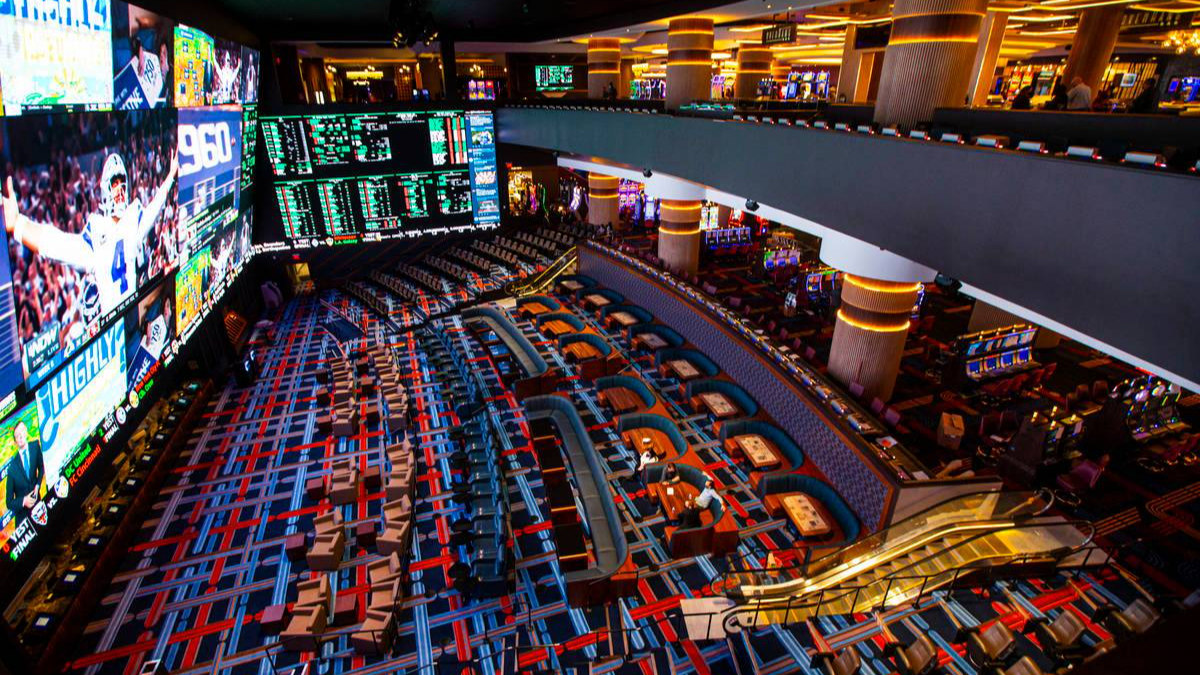 From Nevada to Tennessee to Wyoming, sports betting is making headlines from revenue reports to legislation to court trouble.

First up, the Nevada situation.

Competition is Nothing new for Las Vegas Sportsbooks

Since the 2018 decision to overturn the federal ban on single-event sports betting outside of Nevada, the state’s sportsbooks have navigated an increasingly competitive landscape.

A report from VSIN said:

The celebration had to be somewhat muted by the fact that those New Jersey gamblers are proving a prominent presence.

The duel was in the spotlight following February’s Super Bowl:

VSIN’s Dave Tuley said the competition is nothing new for Nevada.

“When Atlantic City came on in 1979, people said that would kill Vegas,” Tuley said on Friday. “Same thing with Indian casinos and all that.”

He did say that this time around, there are differences that are helping boost the competition, primarily “people with mobile apps in states that are becoming legal.”

“In New Jersey it’s all done via the app,” Tuley said. “The other states are making it easier, starting out from scratch and starting out on mobile – and that’s what people expect.”

"The pandemic has changed the whole ballgame, too. People are slowly getting back to traveling to Vegas. As long as tourism comes back, things should be just fine.”

A few other takeaways from Tuley’s perspective:

Via the VSIN story, the February numbers for states that have reported their figures:

A sports-betting proposal cleared a first vote Thursday in the Wyoming Senate after passing the House earlier this month.

The bill faces two more votes before it can be forwarded to the governor, according to the Casper Star-Tribune.

If approved, the bill directs the Wyoming Gaming Commission to regulate online sports gambling, including imposing a 10% tax.

“(The bill) tries to stop the black market that is taking place now, put consumer protection into the bill, and then allow people in Wyoming … to place bets,” Sen. Jeff Wasserburger, R-Gillette, said Thursday. “Then it has a 10% tax on that bet.”

The Gaming Commission estimates the state’s sports wagering market has a $449 million value in Wyoming.

The bill would transfer a portion of the revenue generated from the gambling program to the Department of Health to provide resources for gambling addiction treatment.

According to the Star Tribune:

A pair of amendments on the bill’s first reading in the Senate changed its effective date from July 1 to Sept. 1. Sen. Affie Ellis, R-Cheyenne, suggested Thursday that further amendments are needed to clarify some procedural details for potential online wagering violations.

Republican Sen. Drew Perkins of Casper said the state loses money when people look outside of Wyoming to place sports bets, both legally and illegally. He underscored the importance of the legislation allowing the state to regulate the industry.

Among the 20 states that have some sort of sports betting are neighboring Colorado and Montana.

Tennessee Update: Back in ‘Action’ for now

A Nashville judge granted an injunction to Action 24/7 to reinstate its sports betting license pending the outcome of its regulatory issues with the Tennessee Education Lottery (TEL).

The problems began when 23 instances of suspected fraud and money laundering were initiated March 8, the sportsbook’s counsel Steele Clayton said at Tuesday‘s hearing.

The majority of the incidents ran through March 12 with the final attempt March 16. According to TEL sports betting investigator Danny DiRienzo, activity should have been flagged for review quickly based on deposit attempts from multiple cards or withdrawals with limited betting activity.

Action 24/7 wasn’t live monitoring activity on its platform, however, so it wasn’t until the next morning’s workday began that Action 24/7 was made aware.

But it still wasn’t until the final reported instance on March 16, more than a week after the first issues were found, that Action 24/7 acted, deciding to self-report the incidents March 17 to the TEL.

Clayton was asked about the delay in notifying the regulator:

“Really two reasons: One, you have to compile the reports, which we were doing.

“Two, to be honest your honor, it’s something we will definitely do going forward but when you look at the (regulations), respectively, it seems to contemplate reporting, to us, wagering activity, which we take to mean things like fixing a game, improper betting lines, changing betting lines. Things you would think of as wagering."

Lindsay Sisco of the Tennessee Attorney General‘s office said there should have been no confusion over what should be reported.