Oh, Tennessee….What Is Taking So Long Down There? 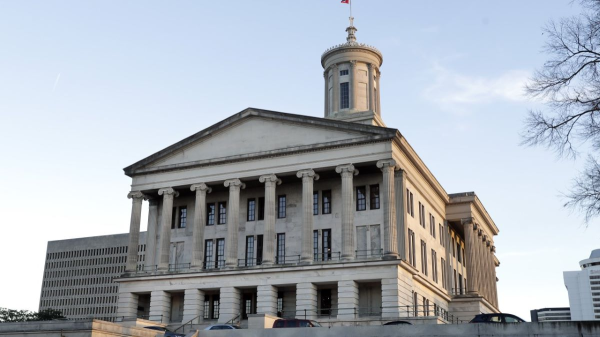 The state has now received public feedback on its proposed online sports betting regulations, but do they make it easier or harder to actually launch betting sites?

We have reported in the past on the ongoing saga that is the Tennessee regulated sports betting industry, and last week the state wrapped up a public comment period for its proposed rules and regulations for online sports betting. While the individual comments themselves have not been revealed, a summary report of the findings has, and it is definitely going to cause more delays in launching sites in the Volunteer State.

Multiple issues to deal with

Let’s start by going backward here. Tennessee passed a law that would legalize sports betting all the way back in July 2019. This seems like an eternity ago to us, so we can only imagine what it feels like to those in the state that are looking forward to making legal sports bets. The Tennessee Lottery Commission is at the helm for all things sports betting in the state, which is not exactly known to be the fastest-moving authority in the state. However, with that can also come the time needed to ensure that the launch is not marred by anything detrimental to the players, as was seen in early-adopting states such as Delaware.

What did happen as a result of the diligent effort to write thoughtful regulations is that a couple of the concepts are entirely out of sync with the rest of the industry. It starts with the rules around parlay betting. Parlay bets, if you don’t know, are bets where you place a wager on the outcomes of multiple events, and your odds increase with the increased size of the parlay. Typically, when you make a parlay wager, if one of the results ends up in a tied bet, then the entire wager drops to the next level down. For example, if you have a 5 team parlay and you push one of the results, then your bet becomes a 4 team parlay for payout purposes. Tennessee would like to enact rules that state that all the parts of a parlay must be winners, and ties be considered a loss. The public did not agree with the state on this issue, as they received over 60 comments on this issue alone. To have parlay rules that differ drastically from the rest of the industry does not make any sense and will only cause frustration and confusion amongst players.

Next up is the rule that has been proposed that would limit the amount any sportsbook can payout in winnings to 85%. This would mean a hold percentage of 15%, which is almost 3 times the standard figure reported for decades by Nevada and the general rule for North American sports wagering. This rule can seem outright absurd at first until you remember who is writing the regulations. The lottery has a predictable revenue model as they only pay out a fixed percentage of every dollar that comes into game like Powerball, Mega Millions and scratch cards. This is the only model this group understands, and so it isn’t surprising that hey tried to impose their beliefs on the sports betting industry. However, what is surprising is that they seem to have done no research on the topic before not only proposing this rule but also allowing the public to weigh in on it. Suffice it to say the comments returned on this issue were wholehearted against such a limit on payout percentages, as it would directly affect the way sports are bet in the state.

Nothing set in stone

The good news is that now that the Lottery has received these comments from the public, they can go back to their committees and try to sort out a solution. Nothing in the regulations was confirmed, but the hope is that at the very least he Lottery will seek the opinions and advice of states that have already passed bills before they take some of the bizarre rules that have been proposed and turn them into law.

All we can hope is that no matter what the state does, that it takes the time to get things right before launching sports betting in Tennessee. While this can be very frustrating for bettors and potential operators alike, it would be nowhere near as frustrating as unflattering regulations crippling an industry before its first day.