No Fans At Sporting Events Until June? 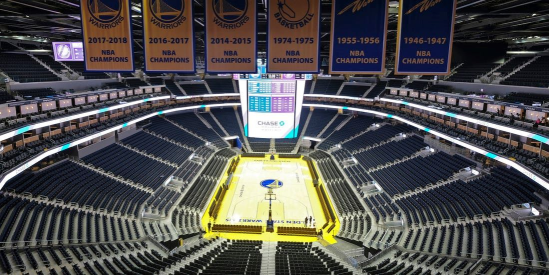 As the world of sports grapples with the coronavirus, a rapidly increasing number of people are coming to grips with the idea that traditional sporting events may not be back, with or without fans, until June.

This belief stems from the fact that NBA owners are preparing for the league’s return in mid-June at the earliest. According to reports, teams are seriously considering arena dates going into August with the possibility that the postseason could extend the NBA season five months from now.

The world is now responding to the global pandemic with widespread shutdowns, and the sports hiatus continues to be extended as leagues around the country and globe take necessary precautions against the spread of the disease.

A large step toward these new expectations was the recommendation issued by the Center for Disease Control, or CDC, on Sunday night, which warned against gatherings or events of 50 people or more over the next eight weeks.

Such a recommendation clearly points to a new reality in which we won’t have fans at sporting events for at least the next two months. And after failing to properly respond to the coronavirus pandemic before it infiltrated teams, sports leagues around the nation and abroad are likely to err on the side of caution going forward.

One week ago, the sports world was hit by the idea that we could soon be playing games without fans in attendance. Then Utah Jazz center Rudy Gobert tested positive for the coronavirus, and the NBA was suspended minutes later.

A rapid succession of events would follow, including the suspension, postponement, or cancellation of many leagues and events around the country.

After the NBA suspending operations, the NHL and MLS quickly followed suit. The NCAA canceled its men’s and women’s March Madness tournaments, along with all other winter and spring sporting events.

Major League Baseball has already pushed back Opening Day, with another postponement growing in likelihood.

It’s been less than a week since Gobert’s positive test marked the beginning of a response to the situation that would escalate beyond the expectations of most. Now, we live in a world without sports for the foreseeable future, with a likelihood of a return in June as the CDC’s latest recommendation is digested by leagues and fans.

Sports Betting Revolves Around the Unfamiliar

With the shutdown of virtually all U.S. sports leagues, gambling has been forced to shift its focus elsewhere. For those aiming to place a bet, unfamiliar territory will have to be waded into.

Among some of today’s most popular betting options on FanDuel Sportsbook are a Turkish soccer game between Goztepe and Rizespor, a Russian hockey game between Sibir Novosibirsk and HC Barys, and a National Rugby League contest between the Sydney Roosters and Manly Sea Eagles.

Also featured among the sportsbook’s most popular bets are a slate of contests in a sport some expect to rise over the coming weeks: darts.

Because a darts competition can be held with small groups and televised around the world, it’s a candidate to remain throughout the extended sports hiatus affecting most other leagues. And because it features a familiar event to most casual sports fans around the world, it’s something many spectators can easily pick up.

So, if you’re eager to place a bet over a competitive sporting event, it might be time to dive into the world of darts.