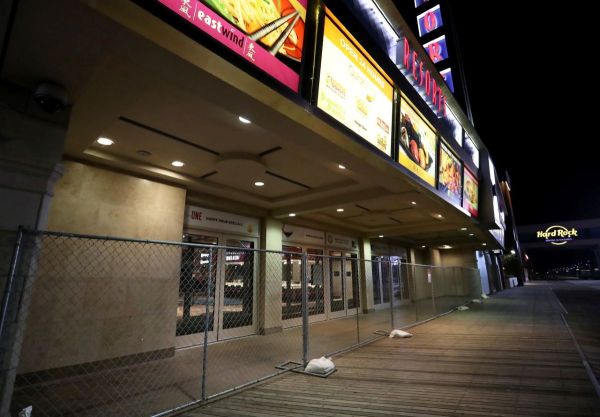 With the recent coronavirus outbreak running wild on the sports betting industry, few have been truly affected like the state of New Jersey. Prior to last week’s shutdown of professional sports, The Garden State was neck and neck with Nevada as the top earner in the United States of America.

Now, we’ll have to resume this battle of which state rules the U.S. at a later date.

The start of NCAA college basketball’s March Madness was supposed to be the start of something special for the state of New Jersey. March Madness is the silver medalist in terms of earnings from sports betting, only behind the NFL’s Super Bowl.

With three weeks of high-stakes action, there was surely nothing that would compare to this for the sportsbooks until next year.

Not only was March Madness canceled, but just about everything else was as well. All three professional leagues in season (NBA, NHL) or, about to start (MLB), were suspended until further notice.

“The ripple effect to sports betting will be profound because this extends so far beyond the sports wagering bubble,” said Daniel Wallach, a South Florida-based attorney who deals with sports betting cases. “This is just one subset of a broader impact across every segment of American life, and that is going to have a continued impact.”

Wallach also added, “These are unprecedented times, and the gambling industry will take a huge hit. As will so many industries. So there will be an immediate impact and trickle-down impact over time.”

Even though the sports betting market has grown drastically from this time last year, there was a lot of hope that New Jersey would make another big leap upward. In January, The Garden State’s $53.6 million in gross revenues was a 185.2-percent increase from the same time last year.

With the way the market has been trending upward, March 2020 had the chance to break the $562.7 million record set last December – which also generated a whopping $32.9 million in revenue.

This could have been a truly special month of college basketball betting, considering the tournament was wide open for anyone to win this season.

Last March was the first time that New Jersey offered legalized sports betting – in particular, the college basketball tournament. During that month, The Garden State raked in about $372 million, which provided a gross revenue of $31.7 million.

The Meadowlands, which partners with FanDuel, accounted for $17.5 million of that revenue — $13.3 million of it coming via online betting.

“New Jersey’s year-over-year gains remained impressive in February, but we are in uncharted territory now,” said Dustin Gouker, a lead analyst for PlayNJ.com. “Obviously there are bigger concerns with coronavirus, but the NBA is a major revenue driver for New Jersey’s sportsbooks. So the suspension of the season, in addition to suspensions of other sports, will undoubtedly have a significant effect.”

When sports get back into the full swing of things, we can probably expect states like Nevada and New Jersey to be at the top of the leaderboard in earnings. After all, things aren’t just going to change all of a sudden.

If anything, all of the time off from these heavily-bet areas will likely make the masses come out in stronger numbers.

It has only been six days since the majority of professional and collegiate sports leagues shut down. In this time frame, you can bet sports fans have already grown irritated and weary about just how long this period of suspension will last.

It will be a while, so get ready for that first day that athletic competition comes back in full force.