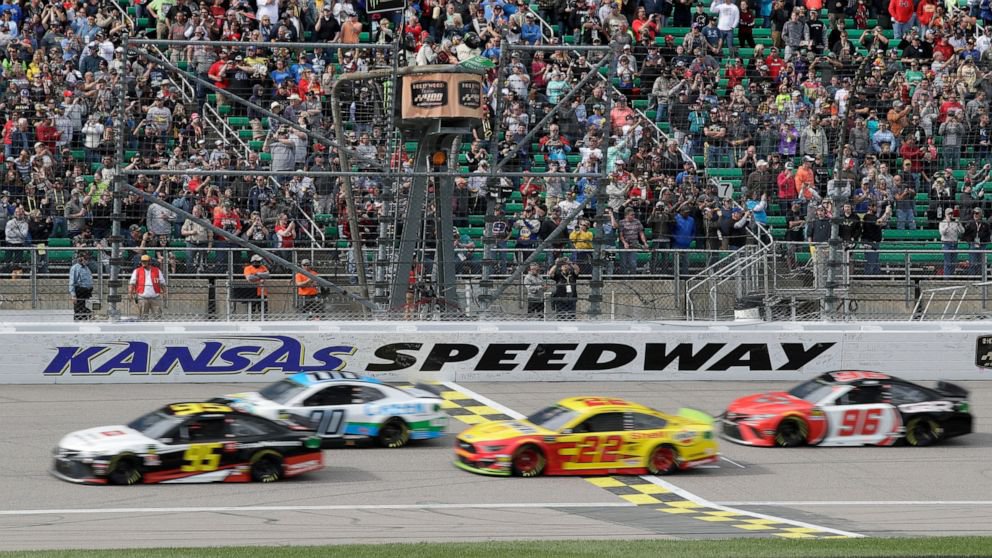 The NASCAR Cup Series moves on to Kansas Speedway for the annual running of the AdventHealth 400.

Kansas marks the 13th race of the NASCAR regular season. It is a 1.5 mile oval with wide banking and relatively flat straightaways. The pack usually gets spread out here, and the most dominant car of the day usually ends up in victory lane.

Kyle Busch took home the win last year in this event. He led 36 laps and ran away with the victory toward the end of the race.

The early odds favor Hendrick Motorsports and Joe Gibbs Racing, as their success this season has put them ahead of the rest of the pack.

Hendrick Motorsports and Joe Gibbs Racing have combined for 7 victories in the first 12 races of the 2022 NASCAR season. The teams have found a groove and seem to always have their cars toward the front of the pack.

Joe Gibbs Racing has 2 wins in the last 6 races and is picking up momentum heading into the middle part of the season.

Elliott has 9 Top 10s in 12 races this season, including a win and Top 5 finish in the last two races. He is easily the most consistent driver in the field this year, and he finally locked himself into the playoffs two weeks ago with his win at Dover.

Elliott has the second highest chance of victory on Sunday according to the odds. His consistency is paying off and is quickly becoming a favorite to win it all at the end of the year.

Ross Chastain is having, easily, his best season in the Cup Series. He has two victories and two runner-up finishes this season. He has finished in the Top 5 seven times this season and has what it takes to run toward the front.

Chastain is currently locked into the playoffs and is hungry for more success before the playoffs begin. We may see another ceremonial watermelon smash at the end of the race on Sunday, if Ross can put together another solid run.

Logano is coming off his first victory of the season last week at Darlington. He has 6 Top 10s, including a runner-up finish at Martinsville last month.

He has 3 Top 5s in the last 5 races and has gained momentum the past few weeks. He is another strong candidate on Sunday in Kansas as he usually runs well on 1.5 mile tracks.

NASCAR at Kansas Prediction and Pick

My pick for this week is Chase Elliott. He is the most consistent driver in the field and is looking for more Hendrick Motorsport success. His runs up front will carry over into Sunday at Kansas. The value in the pick is quite high as he is not the overall favorite, but he still has the ability to win on any given week.

The 2022 Formula 1 season is only six races deep, but the race for this season’s championship alerady appears to be down to just two drivers. Last season, Red Bull driver Max Verstappen claimed his first Formula 1 World Drivers’ Championship in highly controversial circumstances, with Lewis Hamilton denied what would have been a record-breaking END_OF_DOCUMENT_TOKEN_TO_BE_REPLACED