Missouri Sports Betting Bills Are Back … With Integrity Fees? 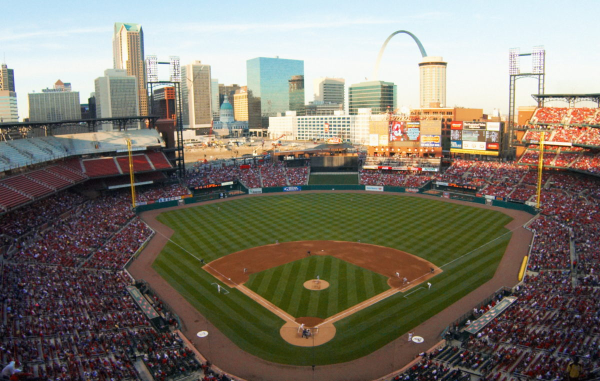 Ever since the professional sports leagues and the NCAA lost their battle with the state of New Jersey regarding the banning of sports betting outside of Nevada, they have been trying to get their piece of the action. One concept that was thrown around a lot in 2018 was adding an “Integrity Fee” to be paid by States taking sports bets. This fee would be used to pay for committees to ensure the integrity of their individual sports. This was a hotly-contested topic and while there arguments for and against the concept, it ultimately didn’t end up in any of the sports betting legislation that has passed to date.

However, this week two bills have surfaced in Missouri that would see sports betting regulated, and both of those include an integrity fee. There are two separate bills that have been presented for discussion:

SB 567, which comes from Senator Denny Hoskins outlines an Integrity fee of 0.25% of handle paid to leagues with the Missouri Lottery Commission being in charge of the regulation of sports betting.

Sen. Tony Luetkemeyer has presented SB 754, which also integrates a fee of 0.75% of handle to be paid to the leagues. This bill would have the Missouri Gaming Commission be the ones in charge of the oversight.

These bills come as a result of a Special Committee finding that many Missouri residents are heading out of state to make their sports bets. This is the case in many states where a neighboring state offers something that can’t be accessed in-state. In Missouri’s case, they are very concerned about the potential loss of tax revenue coming from residents who live on the border of Iowa.

In many cases where integrity fees have been discussed, the argument has been that the number being requested is very small. 0.25% of handle can seem insignificant to someone who doesn’t understand the industry. However, anyone who has worked in the business knows how devastating that can be to the bottom line.

All one has to do is look at the math to see why this model is broken. A typical sportsbook hold percentage is somewhere in the range of 5 percent of handle. Nevada historical figures how that even if there have been good years in the mix, the average is just shy of 5% over the last 20 years. Now, if you think of the integrity in terms of hold, then a 0.25% fee is taking away 5% of NGR, while a 0.75% fee triples that effect on the bottom line. When you factor in tax rates (proposed to be lower in Missouri than in other states), marketing, and operational costs, there really isn’t much left from a profitability perspective. This makes the idea of getting into sports betting less appealing. Just ask Pennsylvania how it is going with their 36% tax on GGR and you’ll get a less than enthusiastic response.

Simply put, the math doesn’t work. However, the leagues will tell you there is more to the story than that.

Josh Shaw helps the leagues’ cause

Fortunately for the leagues, just as it seemed their argument was losing steam, a story came along that resurrected the idea of an integrity fee. In early November, injured Arizona Cardinal’s player Josh Shaw entered a Las Vegas sportsbook and placed a wager on the NFL. To make matters worse, he put a wager on a game involving his team. Now, he could have found many other ways to place this bet anonymously, and the type of wager he bet (a parlay) had more factors in play than just the game his team was involved in, but his actions set off a firestorm in the industry. Shaw was suspended for all of next season (he is out for this season due to injury), and the leagues again had a compelling reason to ask for integrity fees in sports betting bills.

What the leagues don’t mention is that there are already data companies watching every play of games and comparing the play to out-of-character betting plays. Companies like SportRadar have been tracking bets and play in sports all across the globe, and have in fact tipped off leagues in Europe about possible match-fixing that has led to the suspension of athletes.

No one is saying that they want to have leagues run without oversight. However, the argument against these integrity fees is that no league has adequately explained how they are going to use the funds to effectively police something they should be policing in the first place. This just seems like a cash grab for a group of leagues that lost a court battle. Just look at the number of gambling sponsorship deals that leagues and teams have signed since the repeal of PASPA, and you can see how there are working both sides of the coin.

As for the two Missouri bills, while it is always great to see movement in states to regulate sports betting and other forms of gambling, it is unlikely that either of these bills, with integrity fees includes, will make it to the Governor’s desk. It is more likely that there will be healthy debate into 2020 before Missouri finds a solution that will allow its residents to bet on their favorite teams and will allow operators to make a profitable business out of that activity.