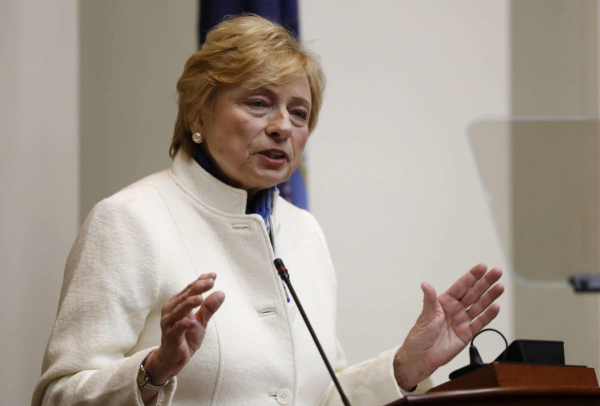 After many delays and anticipation, Governor Mills vetoes the bill passed by the Senate that would have regulated sports betting in the state.

Just like the New England Patriots dreams of winning this year’s Super Bowl, sports bettors in Maine saw their dreams crushed in January as Governor Janet Mills has vetoed the bill that would have legalized sports betting across the state.

The bill, which was passed last year, sat on the Governor’s desk awaiting signature, but as the legislative session came to an end, the unsigned document triggered a series of “what if” scenarios for early January. One of those scenarios was that the bill would become law automatically on January 10th if it wasn’t signed or vetoed by then.

In her veto letter, Mills cited the need for a more comprehensive study on the matter. “Before Maine joins the frenzy of states hungry to attract this market, I believe we need to examine the issue more clearly; better understand the evolving experiences of other states, and thoughtfully determine the best approach for Maine,” She wrote. “That approach needs to balance the desire to suppress gambling activities now being conducted illegally and the need to protect youthful gamblers and those least able to absorb losses under a closely regulated scheme.”

In a further interview, Mills said she was not convinced that illegal sports gambling was as popular an activity in her state as many industry experts would have her believe. This is a slippery slope -there are for sure a large number of Maine residents that are playing with their local bookie or at one of the many offshore-based sportsbooks, and there is nothing to indicate that the percentage of players doing so in Maine is lower than that in other states.

Now that the bill has been vetoed, the next step belongs to the state Senate. They will vote later this week on whether to sustain the veto or override it -the odds are that they would not vote to override the Governor’s decision on this matter.

Following that vote, the discussion will begin on proposing a new bill for 2020. However, what is crucial here is that the legislators do their best to educate the Governor on gambling in general. This statement from her veto letter causes some general concern:

“While legalized sports gambling may attract some revenue to the state coffers, the same economic premise in theory would justify legalizing all forms of gambling: betting on the weather, spelling bees and school board elections, for instance.”

That statement is somewhat naïve, and before there can be any real conversation on the impact of sports betting on the state, the general narrative has to be cleaned up. The legalization of sports betting in nearby states may help the cause of the Maine lawmakers – seeing some of the revenues coming in from New Hampshire, and Vermont may accelerate the process in 2020.

Legislative sessions, however, are somewhat short, so it is difficult to tell if there is enough time to have a committee look deeper into the impact of sports betting, re-write legislation, have it voted on, and then signed into law before the session ends. As it stands, Maine sports betting enthusiasts find themselves waiting to find out if they will be able to bet legally on sports this year just like their beloved Patriots are waiting to find out if Tom Brady will return to the team for 2020. We won’t say which is more likely at this point.