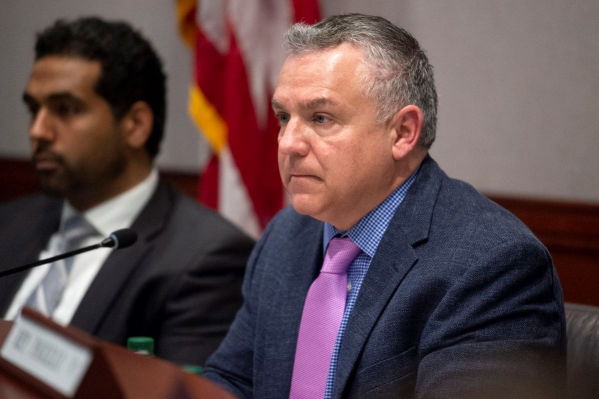 The Northeastern State has been close to passing sports betting legislation in the last two years, but a stalemate with the tribes and other gambling issues mean it’s back to the drawing board in 2020.

The 2020 session of the Connecticut legislature began last week and with that comes the renewed focus on how gambling, and sports betting in particular, will fare this time around. Those who have been following the topic in the northeastern state know that gambling is a hot topic for Governor Ned Lamont, but last year’s attempts to pass bills into law were mired in long hearings and a muddled landscape with the Governor trying to address all outstanding gaming issues with one comprehensive bill.

One of the biggest issues in the 2019 version of the gambling bills was that the two tribal groups in the state, the Mohegan and Mashantucket Pequot tribes, have been lobbying to control all the gambling in the state. This includes potential new land-based casinos in the state, which have been debated and challenged by outsider MGM for years. The new Governor’s attempt to put the land-based casino and sports betting in the same piece of legislation caused major debate, and nothing ended up being accomplished in the 2019 session of the legislature.

This week, Rep. Joe Verrengia, a leading proponent of sports betting in the state, has announed he will be introducing new legislation that would see sports betting being managed by the tribes, the off track betting sites, and the Connecticut Lottery. This bill does not include any of the language about the land-based casinos that seem to have created the stalemate in the state.

In announcing this new bill, Verrengia said “It’s narrow in scope. It doesn’t include all of these other things that tend to become complicated. When we’re talking about iGaming and casinos, that just brings up so many other questions, and I don’t think we’ll be able to accomplish that in a short session.”

This bill, which is clearly far less widespread in its focus, has some slight differences from bills introduced in the past. The main difference is that Verrengia’s bill would limit the license holders to the two tribes, Sportech (the owner of the OTB business) and the Lottery. Earlier bills would have seen the licensing opened up to outside groups such as MGM and Draft Kings, which didn’t have local footholds in the state.

Mixed reaction to the bill

While some are championing the Verrengia bill for its simplicity, there are others that are clearly still not convinced it is the right way to go. Governor Lamont has long been in favor of adding sports betting to the state, and in commenting on the latest attempts at passing legislation, said “”Let’s keep it simple. Sports betting, I think, is something where I think we can reach broad agreement going forward.”

Richard McGuire, the CEO of Sportech, has been pushing to have his group included in the discussions, often citing how its Off Track Betting locations spread around the state provide a local infrastructure that is good for the overall Connecticut economy. “It’s a noble ambition to resolve all gaming issues at the same time, however given the respective interests of numerous parties it’s a huge challenge,” McGuire said. “Separating sports betting from the broader gaming initiatives is a realistic and deliverable success for Connecticut, and the solution is simple.”

The loudest voice against a more open sports betting landscape has always been Rodney Butler, the head of the Mashantucket Pequot tribe. In 2019 hearings, he threatened to withhold the hundreds of millions in taxes its Foxwoods casino pays the Connecticut government if the tribes weren’t given the exclusive rights to all gaming in the state as it feels it is owed based on the current terms of the compact. His tune in 2020 has not changed. “We’d be happy to entertain sports betting legislation that recognizes our exclusivity provisions and long-time partnership with the state,” Butler said in a statement about Verrengia’s bill. “However, the devil is always in the detail and that’s where the path forward has become encumbered in the past.”

Get your popcorn (and caffeine) ready

As always, it isn’t as simple as introducing legislation and passing it in Connecticut. Once Verrengia tables the bill this week, all the invested parties will attend closed sessions with the Government, followed by a public hearing on the topic which is scheduled for February 25th. If last year’s session is any indication, there will be no shortage of people wanting to have their opinions heard. The question is whether or not this simplified bill will once again be derailed before the end of the legislative session in the spring. Given the number of states that have passed legislation around Connecticut and the transient nature of its population, it is likely that this year’s bill will find itself being pushed through with more vigor than in years past.