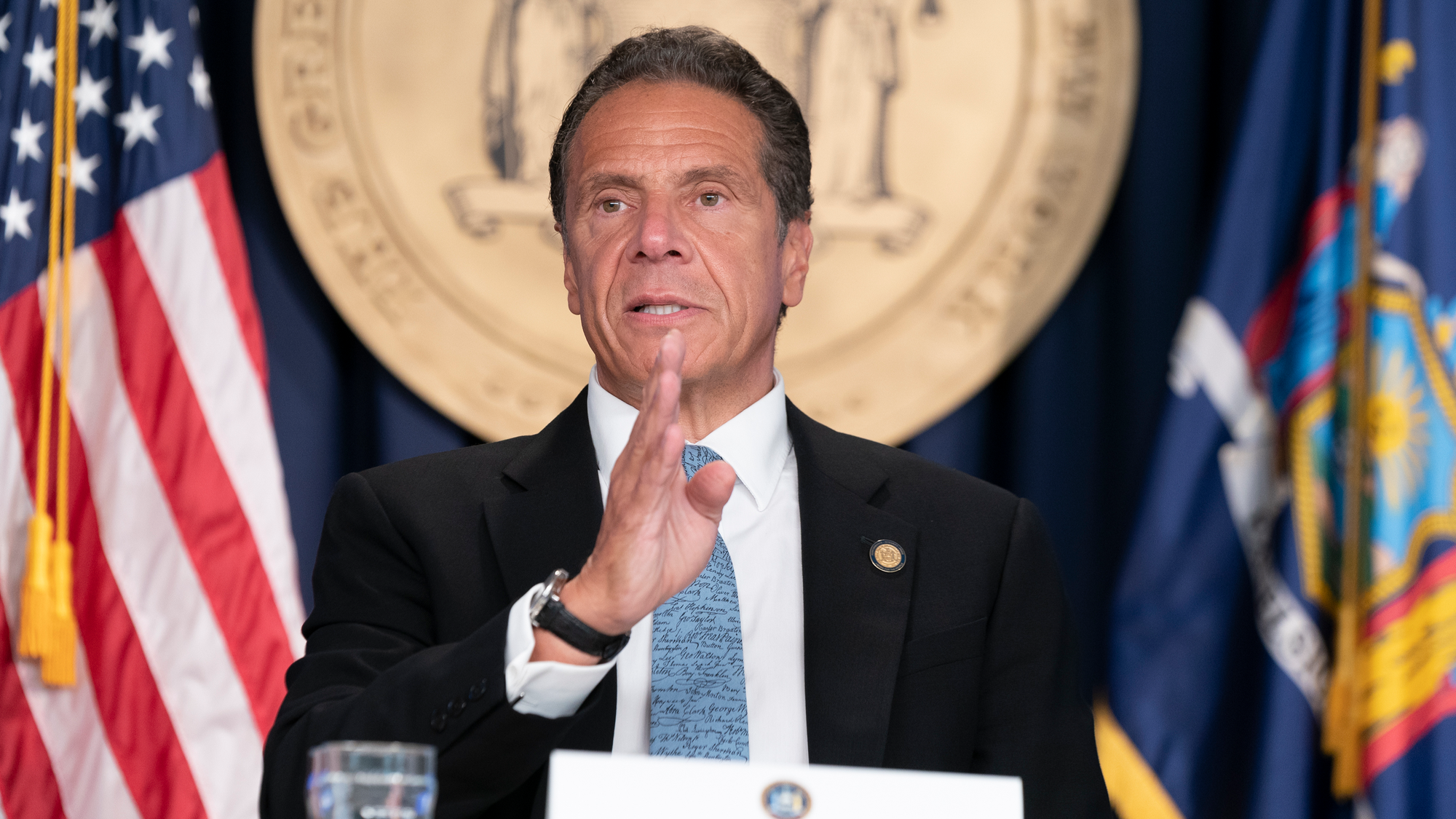 For sports bettors following the progress of legislation in New York, the problems of Gov. Andrew Cuomo may help bring a better product.

While the governor grapples with nursing-home questions and sexual harassment allegations, his preference for a single-operator system – the state lottery – may be fading.

In January, Cuomo indicated his approval for online and mobile sports betting as he seeks new potential revenue streams. New York’s state budget is estimated to face a $60 billion deficit in four years without federal aid.

Today amid the national media heat, Cuomo needs a political win but to this point he’s leaned toward the lottery as the better road to pursue.

“The second alternative is to have the people of the state of New York actually get the profits from a mobile sports betting and run it the way we run the state lottery, which is it’s state run and the state gets all the revenue. I’m with the people.”

Today, he’s under fire from critics of his lobbyists as well.

“People are married to, and the children of, top lobbyists. So the potential for conflicts of interest abound,” John Kaehny of Reinvent Albany told the New York Post. “The sexual harassment accusations are really just a facet of an overall abuse of power. It’s just part of it.”

Most industry analysts believe a lottery model would be restrictive, and that the better option would be to put the operation in the hands of casinos. The casinos would then work through online sports betting platforms onsite and via affiliates (including New York-licensed racetracks, OTB sites, tribal casinos, and pro-sports venues).

There is little debate as to the success of surrounding states that use the casino-based approach: New Jersey and Pennsylvania rank among the top six online sports betting states in the country.

Time is of the essence in New York, though, as the state is losing money to those states and others.

FanDuel’s CEO Matt King said last year that over 20 percent of those using its platform in New Jersey are mobile sports bettors from New York.

King also told Forbes he’s eager for New York to get on board.

“We obviously do see from our New Jersey data that there’s a ton of demand from New Yorkers to play,” King said. “Most of the people that drive over the bridge or go through the tunnel to New Jersey to place bets prefer to do that from New York. So we would be excited about giving our customers easier access to the products that they love.”

And that could give online and mobile sports betting proponents some leverage, if they work fast.

New York’s state fiscal year starts April 1, and passage before then would mean an earlier return of sports betting revenue. The two (nearly identical) proposals are prepped for floor votes in the state Assembly and state Senate right now.

“The proposals would legalize online and mobile sports wagering and establish a tax on gross mobile sports wagering revenue that could bring upwards of $79 million to $100 million or more in new revenue into New York state annually. That’s more than the $49.4 million in state revenue from online sports betting collected last year in New Jersey, now the top sports-betting market in the country.”

Cuomo has also stood by state figures estimating New York state could reap $500 million a year in tax revenue under a lottery-based model, but the open-market plans have strong backing.

“I would put my money on Assemblyman Gary Pretlow and Senator Joe Addabbo Jr.’s legislation,” said Bill Pascrell III, a lobbyist with the Princeton Public Affairs Group. “I don’t think the governor is going to want to fight on that issue. He needs the Democrats and the legislature to stay with him. He can’t just dictate terms now. He’s got to be more collaborative.”

So what’s next? With hopes for the casino-based approach improving, legalized online and mobile sports betting could be in place by fiscal year 2022. Both proposals have bipartisan support and could be passed in the next three weeks.