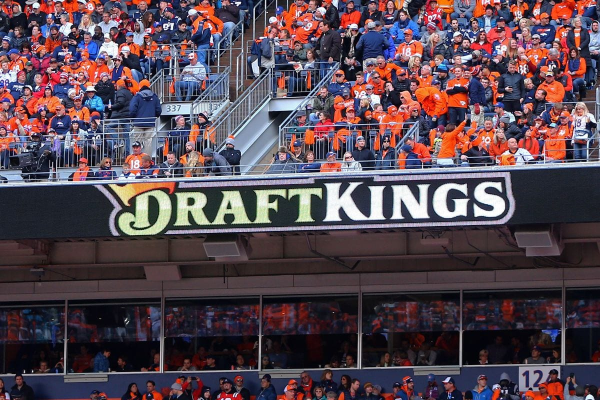 The sports betting world is not a stranger to incredible picks, extreme upset, and the rush of getting that last leg of a parlay to hit home. Every week, thousands of sports junkies take their luck and money to their favorite sportsbook to place wagers on contests they think are probable to happen. Well, one bettor on DraftKings placed the largest bet the sportsbook has ever seen.

A bettor recently placed a $3 million parlay that involves the Green Bay Packers to win the NFC North (-360), the Alabama Crimson Tide to win the SEC West (-670), and the Georgia Bulldogs to win the SEC East (-110).

However, the bettor is having not only worrying about the parlay hitting. The bettor is considering legal action against DraftKings after the sportsbook froze the bettors account. Less than two weeks after the bettor placed the wager, the company froze the account. The bettor said the company froze his account on Oct. 23, less than three weeks after he placed a $3 million parlay. The Florida-based bettor placed the wagers on his DraftKings New Jersey mobile account through a proxy.

“I’ve been horribly wronged by them,” the bettor was quoted saying.

The New Jersey Division of Gaming Enforcement (DGE) has not started a review over the case and when asked whether the agency has launched an investigation into the matter, representatives from the DGE had nothing to say.

The massive parlay placed last month consists of futures bets on the Packers to win the NFC North, Alabama to win the SEC West, and Georgia to win the SEC East. In total, the bettor stands to receive a payout in excess of $8.5 million if the parlay comes through. ESPN reported that it was the “largest parlay bet” that Avello, DraftKings director of sportsbook operations, has ever seen throughout his time as a sportsbook executive.

History Between the Bettor and Bet-Accepter

Over the years, the bettor and Avello have had a complicated relationship, ranging back to when the executive was the director of race and sports at Wynn Las Vegas. While placing bets through a proxy, the bettor lost millions of dollars betting on sports at the Wynn. Once Avello left the Wynn for DraftKings, the bettor took his business to the sportsbook as well. The bettor claims that he received verbal confirmation from Avello that he could continue to use a proxy to place his wagers.

Andrew Klebanow, the principal of Klebanow Consulting, a Las Vegas based consulting firm said, “That would be a clear violation of both state and federation laws and any sportsbook manager who enters in such an agreement jeopardizes the sportsbook’s license.” meaning that receiving a written or verbal agreement means seldom to nothing.

Avello said that he did not have any knowledge of the historic parlay being placed through the proxy. He added that any claims by the bettor about him receiving a verbal agreement are false.

Take out the hard-to-understand facts of this case, the bottom line is that an anonymous bettor threw down a $3 million parlay through a proxy that allows him to place bets in New Jersey from Florida. After the bet was placed and confirmed, DraftKings froze the account making for legal action to possibly be taken.

$8 million is on the table. Let the bettor place this historic wager.