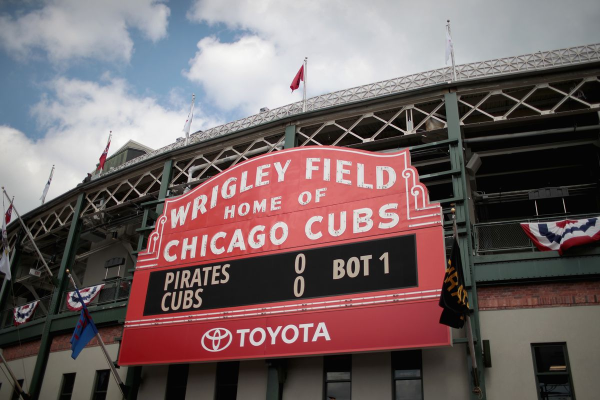 The city of Chicago still needs to approve it first, but Wrigley Field – home of MLB’s Chicago Cubs – could be the future home of the league’s first sportsbook.

As it is proposed, DraftKings and the Cubs would enter a $100 million partnership that would include a standalone retail sportsbook on the premises of the friendly confines of Wrigley Field. The project would also include a restaurant in the works, but this sportsbook will be right next to the ballpark.

Over time, Ald. Tom Tunney (44th) has been quite supportive in bringing this initiative to the area of Wrigley Field. Tunney called sports betting a “reality across the nation.”

“Sometimes, I kind of see what is going on around the country and see how it’s being rolled out. Hopefully, we won’t make the mistakes that other stadiums have. But I haven’t seen it in other stadiums around other campuses,” Tunney said.

“I want to know more about how it’s actually gonna be rolled out. We’ll have discussions with the Cubs, the city and the community to make sure that there are neighborhood protections here. We know that sports betting is here to stay. But the question is: If there’s a physical presence on the campus, how there’s security, how they’re controlling the betting aspect of it? … I’m gonna work hard on it to make sure it’s a safe environment for everybody.”

Maylor Lori Lightfoot, who has taken numerous criticisms for her handling of the violence in Chicago, has plenty of support for this idea.

“There’s got to be tight restrictions on this. We’re not gonna turn our neighborhoods into the Las Vegas strip,” the mayor said.

Cubs spokesman Julian Green talked about the project that’s a bit more than the “storefront” that Tunney discussed. The partners hope to finally get an addition of about $1 million to the area around Wrigley Field that would be a year-round attraction.

“DraftKings says this would be their largest sportsbook in the country … with a food and beverage option and betting. In the winter months, you have the Super Bowl. You have March Madness. Having a facility where groups may want to come in and watch the Super Bowl or March Madness — that’s something we could accommodate. We have always had a goal to continue to develop Gallagher Way and have year-round activity around the ballpark,” Green said.

“Where? We don’t know yet. That would be discussed with the city. … We have a tower where our front office is located. There’s also the space that was part of the planned development over near Sheffield and Addison. The DraftKings club used to be over there. … Now, we don’t have anything over there on that mini-triangle parcel. We could look at options at the office tower or there.”

Considering that Chicago is experiencing huge numbers of increased crime, it would certainly do some good to have a secure area around the stadium. About a year ago, a man in New Jersey was attacked coming out of a sportsbook and robbed for a large sum of money.

Nevertheless, this would be a fantastic addition to the Windy City for all sports. Now, it’s only a matter of time before other venues around town start doing the same thing.