Could Kentucky Be The Next State To Allow Sports Betting? 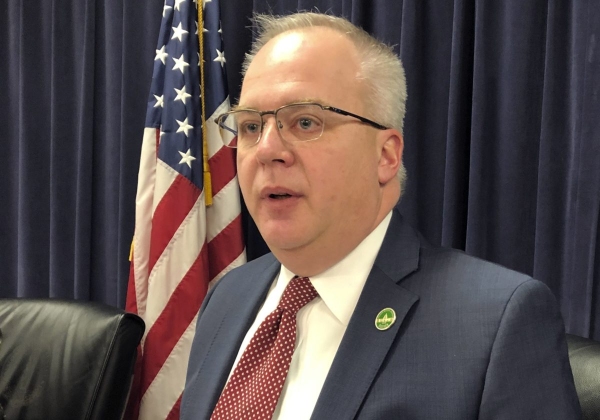 The Midwest state is looking to make its mark in legal sports betting in 2020, but does the current bill have the legs to make it through a vote?

With 2019 drawing to a close, most government agencies have closed up shop for the holidays, and attention is now turning to the start of the 2020 legislative sessions. When it comes to the sports betting industry, this means everyone is starting to wonder which states will be next in line to pass regulations to allow betting in their state. Kentucky is vying to be one of those states, and the pre-filing of a bill in advance of the January session indicates that it is a front-burner issue for 2020.

We’ve seen this before…

It is important to know all the facts before we jump into guessing if this bill will be passed into law in Kentucky. In 2019, a similar bill was introduced but could not muster the votes needed to pass it into law. This has not deterred Representative Adam Koenig, the sponsor of the failed 2019 bill, from filing this version of the bill last week.

What’s in the bill?

In digging into BR 364 filed by Rep. Koenig, we see a lot of the same terminology and possible regulations that we have seen in other states. Here are some highlights:

Pros and Cons of the proposal

There are a lot of positives to take from the bill as it is written. First, and not mentioned above, it that the bill would also include the legalization of fantasy sports and online poker. While this doesn’t impact sports betting, it is great to see more comprehensive bills being introduced by state legislators.

Now, on to the guts of the sports betting terms. The tax rates that are being suggested are in line with what other states are doing (aside from Pennsylvania). State governments must understand that while the possible tax revenues are very attractive, high tax rates will kill the industry before it can take off – this is a long-term investment by the state and by gaming operators.

The initial fee is somewhat on the high side, but this is the state trying to fill its tax coffers in an election year. The bounce from $3.5 million of upfront fees is something that will make the bottom line look excellent.

Giving one online license to each of the land-based operators will no doubt help those tracks as the online partners will be beating down their doors to try to partner with them. If the deal Points Bet struck with Chicago’s Hawthorne Racetrack is any indication (rumors are that Points Bet paid $35 million in cash as part of the deal), we can expect some major announcements coming from the Bluegrass state.

Now to the bad news. Despite having an online component at the launch (believe it or not, some states are still considering land-based betting only), in-person signups in a state that geographic size will stunt the growth of the overall industry. It is hoped that in debate, the state will relent on this and allow for mobile and online signups.

Also, the potential of Kentucky residents not being able to bet on their beloved college teams is somewhat shortsighted. College sports are massive in the state, and teaching a population about sports betting but not giving them access to everything they want will only serve to help the position of the illegal offshore books.

Good news for the horseracing industry

Getting a bill passed in Kentucky early in 2020 is precisely the shot in the arm that the horseracing industry needs. Long known as the epicenter for horse breeding in the United States, the tracks there have suffered immensely from a stagnant sector for the last couple of decades, so the potential of new revenue streams has to have the stakeholders salivating.

We are a long way from seeing this bill pass, but you can expect the news to start flowing out of Kentucky as early as when the legislature sits next in January 2020.