Colorado Rakes in 200 Million Dollars in Gambling Revenue in September 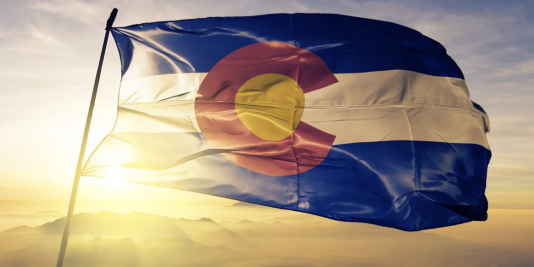 The Colorado Department of Revenue announced that they raked in over 200 million dollars in sports betting money during the month of September, up 61% from the month of August. The news comes as the world continues to grapple with the ongoing COVID-19 pandemic, and may at least be a promising sign that some industries are starting to reach some sort of normal.

A large part of Colorado’s jump in sports betting revenue had to do with the fact that several sports were all taking place during the same period. This was the result of sports leagues being forced to shut down for months while officials came up with plans to reopen safely, and the restart offered gamblers the chance to bet on a plethora of different sports when play resumed.

A Variety of Betting Options

For example, there were 3 weeks of NFL games during the week of September, giving the citizens of Colorado 48 different games to bet on. If football wasn’t someone’s thing, there was always the NBA playoffs, the NHL playoffs the various MLB games, playoff NASCAR races and some college football to satiate their gambling needs.

“Colorado is nowhere near maturity as a market, and yet its gains continue to put it among the top markets in the U.S.,” said Dustin Gouker, lead analyst for PlayColorado.com. “Interest in the Denver Broncos was bound to help spur interest in the NFL’s first two weeks. But September still managed to outpace what we could have reasonably expected just two months ago.”

What Experts Think will Happen in October

While some are worried that revenue from sports betting will now start to trend downward due to the end of the NBA, NHL and MLB seasons, others believe that a full month of NFL games in October and the addition of college football will help to bring in even more money next month. Now that might sound like a rosy prediction to some, but 60 NFL games and multiple NCAA games is a lot to bet on.

Keep in mind that sports betting in Colorado has only been legal since March, and the state has already accrued over 450 million dollars in revenue. That ranks it fourth among states that have legalized sports betting, and is a great start to what should be a very promising industry. It might even be able to help the state dig itself out of the economic turmoil caused by the pandemic.

“Because we have so many (operator) launches, the industry is not done growing. This month’s record may stand for a little while, but I don’t think $200 million is where it tops out,” claims Jessica Welman, who is another analyst for playcolorado.com “The numbers still have a long way to go. Colorado’s growth is faster than the industry as a whole. That’s because it’s a larger state with a huge sports scene and culture.”

Online Sports Betting is Becoming the New Normal, but Operators Still Operating at a Loss

Delving into the statistics, 98% of the income came from online betting, with retail sportsbooks only bringing in 3.77 million. This is a little below the totals of other states last month, but that might have to do with restrictions on tabletop games in Colorado right now. Unfortunately for those that think things are getting back to normal, there is still a long way to go before that happens.

In fact, it is being reported that the sports betting industry is still operating at a loss in September, after spending 3.37 million on marketing materials. A lot of this was done to help sign up new customers to various betting platforms, and seems to have worked to some extent.

In the end, normal is the goal and hopefully September is a sign that it is possible. Then again, the predicted spike in cases this fall could send another wave of economic hardship Colorado’s way and prevent citizens from being able to wager. If nothing else, the future of the sports betting industry in the age of Covid-19 is still very much up in the air, and it won’t be until after the Coronavirus pandemic is over we’ll know exactly where it’s heading.